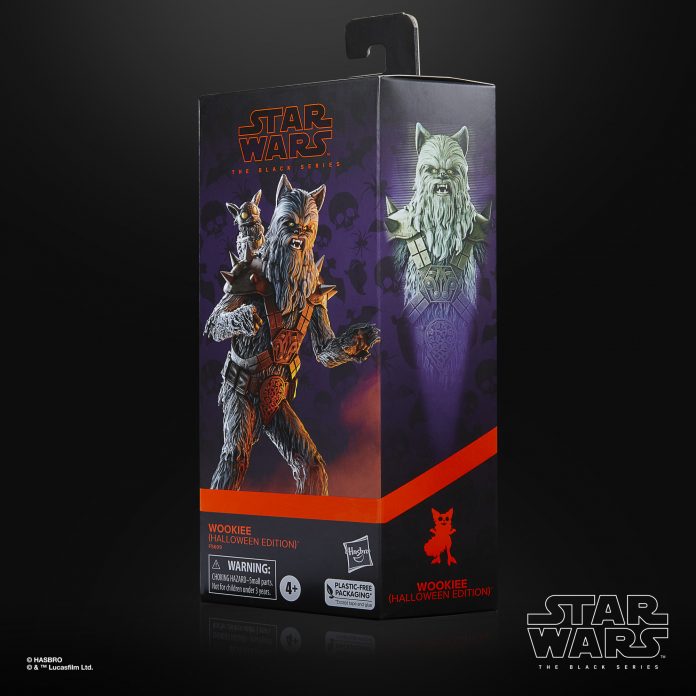 During their panel at San Diego Comic-Con, Hasbro revealed several new Star Wars The Black Series toys from The Mandalorian, plus some festive Halloween ones to boot.

As if my wallet was hurting enough, Hasbro revealed a whole bunch of new Star Wars figures at SDCC yesterday for both the Black Series line and Vintage Collection. Let’s kick off with some Mandalorian goodness:

That’s right we’re getting an all new Grogu figure in the Black Series line coming with a number of accessories from season two, Axe Woves, along with Migs Mayfeld’s season one appearance, the HK-87 droid from season two, and Luke Skywalker’s dramatic appearance from the season two finale. These aren’t exclusives and pre-orders will go live TODAY at 5pm ET.

On the Gaming Greats side of things, Hasbro revealed two new figures based on enemies from the upcoming Star Wars Jedi: Survivor game. Both this new KX and B1 Battle droid will be available for pre-order July 28th exclusively from Gamestop.

As you’ve likely noticed from some of these above, Hasbro is starting to implement their new “Plastic Free” packaging in the Black Series line (though bubbles with stay for Vintage Collection figures). So yeah, all we’ve got now are pictures of what the figure should look like. I mean, I get the idea behind it, but as a collector, this is a tough sell…

Thankfully, there’s a new CREDIT COLLECTION wave coming that will keep the bubble around. Yes, I know lots of collector’s hate this line of repaints, but I love them. The art style is cool, and I’m really excited they’ve changed the “Credit” included now to reflect the takeover of the New Republic currency. Pre-orders for these will also go live today at 5pm ET, but they are all exclusive to different locations, so pay attention:

Remember those silly Holiday Edition Black Series figures? Well, Hasbro is expanding that line to now include two new Halloween figures! I know, I know…they’re goofy and ugly as sin. But I LOVE THEM. I don’t know why, but I love it when Hasbro gets silly with these things. Pre-orders for these won’t go live for a while, but the Trooper is exclusive to Target, while the Wookiee will be a Wal-Mart exclusive.

On top of that, Hasbro revealed a new Cal Kestis Vintage Collection figure based on his appearance in Survivor! Note the scruffy bearded look for the hero this time around! Guess what…pre-orders for this also happen today at 5pm ET.

Which of these new Star Wars figures are you most excited about?