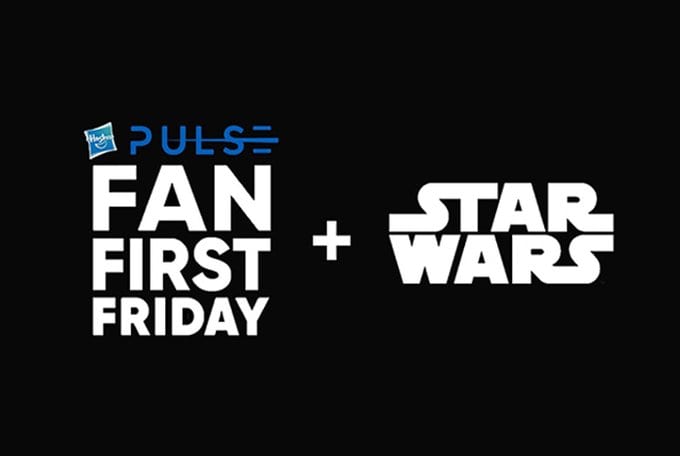 This morning, Hasbro held a Fan First Friday livestream event to reveal a host of new Star Wars toys for fans/collectors to look forward to this year.

Because we’re always in need of more Star Wars toys over here, we’re pretty happy with Hasbro’s first ever “Fan First Friday” livestream. With no conventions on the horizon, where these type of reveals normally happen, it’s nice to see them come up with new ways to engage with toy collectors and still show off some goodies.

First up are some new Black Series figures, including yet another to the super popular Carbonized line of figures: The new Stormtrooper and Kamino Clone Trooper will be available everywhere this Fall, while the Carbonized Darth Vader will be an Amazon exclusive that’s coming this Spring.

While we’ve already seen the line-up of retro-styled Empire Strikes Back 40th Anniversary Black Series figures, today they revealed a couple extras that will serve as exclusives for fans to track down, along with a really neat new replica helmet:

Like the Carbonized Darth Vader, both the Han Solo in Carbonite and Bounty Hunter Two-Pack are Amazon exclusives that will be available later this Spring. The Luke and Yoda training pack will only be available via specific retailers this Fall (GameStop, Entertainment Earth, Best Buy, etc), along with the Boba Fett Prototype helmet coming to those same places this Summer.

Not to be left out, The Vintage Collection is getting a new version of Luke in his Stormtrooper disguise which is coming this Fall: And of course, we need to get in more Baby Yoda love with a brand new version of Monopoly that I’m going to have to buy…for the uhhh…for the kids in the Fall: If that’s not enough, Hasbro is giving fans the chance to vote for the next Black Series Archive figure that will arrive at some point next year. You can head over to Hasbro’s Instagram page to find our how to put in your vote and stay up to date on that whole process.

What do you think of these new reveals? What are you looking forward to picking up?