Late last week, Hasbro revealed some awesome new Star Wars figures in their 6-inch Black Series and returned Vintage Series lines…But apparently they weren’t done showing off some new hotness for fans to pick up next year. Over the weekend, they announced a few more Black Series figures coming next Summer with Doctor Aphra and the two murderous droids from her same comic series (000 and BT-1), along with a new version (wet hair) of Luke in Stormtrooper disguise coming to Target, and a Rocket Trooper that will be exclusive to GameStop:

On top of those, they also announced two more Vintage Collection figures, the Imperial Assault Tank Commander (from Rogue One) and Luke Skywalker’s Crait appearance in The Last Jedi. This Luke figure looks amazing. I haven’t been a huge collector of the 3.75 inch figures for years now, only snagging specific characters, I’m definitely going to have to keep my eye out for this one next year.

Which of these new Star Wars figures are you looking forward to most? 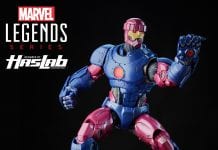 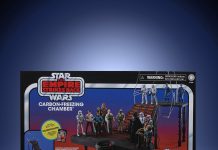