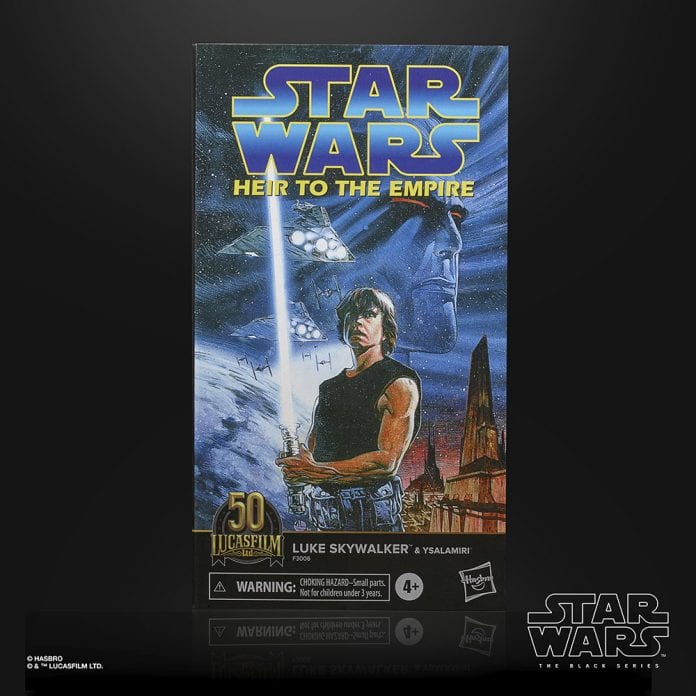 More Star Wars toy goodness for collectors is coming with a new wave of Black Series figures that hearken back to the Expanded Universe.

This morning, Hasbro (via the official Star Wars site) announced four new Black Series figures that are part of this year’s Lucasfilm 50th Anniversary celebration. And they’re a bit of a treat/surprise. Rather than pulling from the movies/shows, these four figures are based on characters’ appearances in the old Expanded Universe (Legends) material!

Personally speaking, I couldn’t be happier. The books (old and new) are a major part of my personally collection. As such, I’ve always loved it when they’ve released toys related to those. From MicroMachines to action figures, I had to track them down. So seeing them do all new figures based on those old books, it makes my heart happy. All of these figures will available for pre-order starting Friday, March 19, at 10 a.m. PT. Hopefully this is a sign of more to come. I’d love to see other Legends like Mara Jade, Lumiya, Admiral Daala,