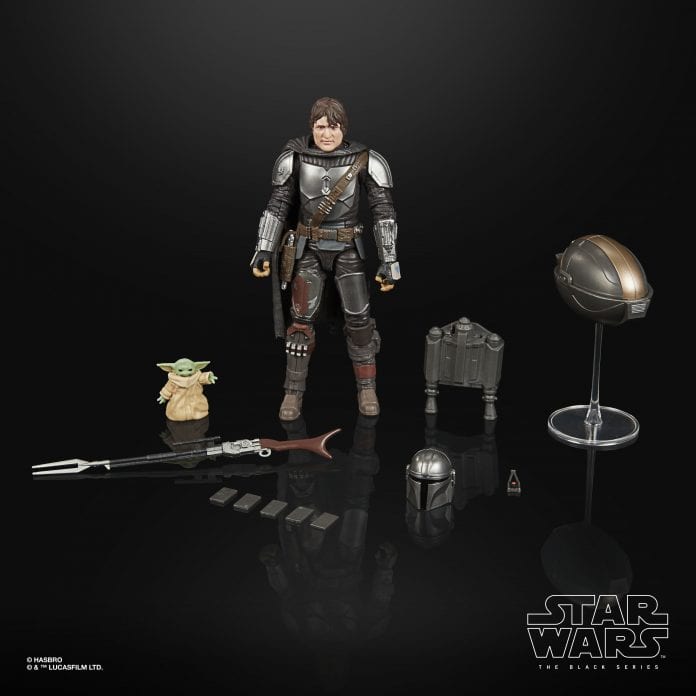 The first Mando Monday event brought a slew of new merchandise reveals including a range of modern and retro-inspired action figures!

Today was the first official “Mando Monday” which will bring fans new merchandise reveals throughout the second season. Today’s kick-off livestream was pretty great and featured a wealth of products that has my wallet screaming for mercy. Since I’m a toy collector, however, I thought I’d put my focus there:

First up are a pair of new deluxe The Black Series figures. One will give us Din Djarin along with his Child companion, along with a host of accessories (this is a Target exclusive). Even better, this time his helmet comes OFF. The other deluxe figure brings the Speeder Bike Scout Trooper to the action (as an Amazon exclusive), along with The Child shoved in the satchel. So you can get your toy revenge out on him for punching that adorable baby. Both of these are set to release this year.

More Mandalorian characters are getting the Vintage Collection treatment. Here we’re getting a 3.75 inch version of Din and The Child (very similar to the above Black Series one) coming exclusively to Walmart later this year, while The Armorer and villainous Moff Gideon are getting wide releases in Spring 2021.

Next up is a new line from the Retro Collection! These figures originally came about to celebrate the original Star Wars (and recently Empire Strikes Back) toys, recapturing the old-school style. As such, it’s kinda neat—and surprising—to see The Mandalorian get the same treatment!

Even though it’s a modern series, they’ve done an excellent job of making them look like old toys, while still retaining the style of each character. If you’re looking to snag all of these figures, you’ll also want to grab the new Monopoly game, which will include a “Remnant Trooper” in this style which is coming direct from Hasbro Pulse. All of these are set to launch in Spring 2021.

Lastly, today brought eager fans, and backers, a look at the completed version of HasLab’s Razor Crest. It is GORGEOUS. The crowdfunding campaign for the massive Vintage Collection ship was successful within the first 24 hours, and is almost done with all of the stretch goals. So if you want to get your hands on this you have until November 9th to do so.

[Note: I’ve included links to pre-order these figures, which should be live now. Some of them are also Affiliate links.]