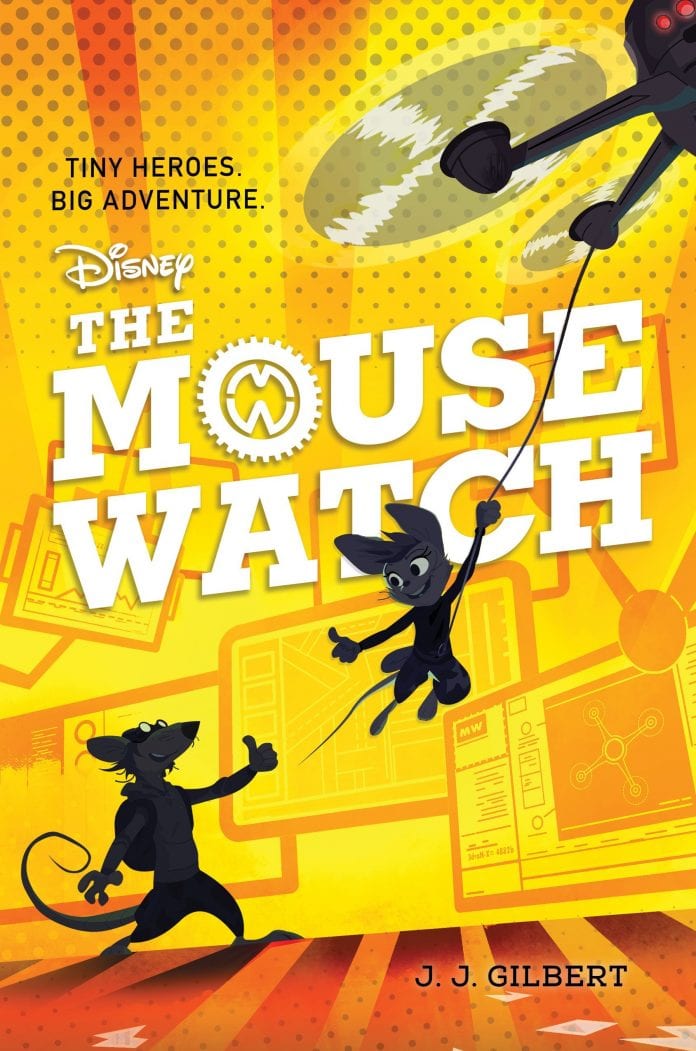 You’ve heard of Chip ‘n Dale’s Rescue Rangers? Enjoyed the The Rescuers? Now meet the Mouse Watch! This action-packed Middle Grade story from Disney Hyperion takes you on an epic mouse-sized adventure that will leave you ready to join the Watch!

Jason Lethcoe, writing under his pseudonym J.J. Gilbert, delivers book one in the Mouse Watch series which carries on the great legacy of super-genius Gadget Hackwrench as she battles the evil R.A.T.S. organization!

Not new to publishing, Jason is the author of several books including The Misadventures of Benjamin Bartholomew Piff and The Mysterious Mr. Spines series! And having worked in Hollywood for most of his career as a director, animator, producer, and storyboard artist, Jason delivers more of the same fantastical elements we’ve come to expect from the likes of Disney.

Around the globe, exceptional mice live in the shadows. Under the direction of famed mouse inventor Gadget Hackwrench, they work together as a team to solve BIG problems using SMALL gadgets. They are high trained. They are nearly invisible. And they love cheese. Their mission: save the world.

Bernadette is a small—but brave—mouse with a score to settle. Jarvis is a sensitive rat with a big appetite and unmatched puzzle-solving skills. Both are eager to prove their worth as the youngest, newest recruits to the Mouse Watch. But before their first day of training is through, Bernie and Jarvis find themselves at the center of an evil plot orchestrated by the Rogue Animal Thieves Society (R.A.T.S.). Soon they are catapulted from new recruits into full-on action heroes, as they learn how to work together to save the Mouse Watch—
and the world as they know it.

Mission Impossible meets “Mice in Black” in this action-packed middle grade adventure
that will take readers on an epic thrill ride and leave them ready to join the Watch!

In this Cinelinx exclusive excerpt, Bernie Skampersky’s lifelong dream of becoming a member of the Mouse Watch, a group of elite, world-saving agents, is almost a reality.

There’s only one thing that stands in her way of greatness…her parents!

The Mouse Watch is published by Disney Hyperion and comes out November 3rd. In the meantime, check out this interview with author Jason Lethcoe aka J.J. Gilbert!