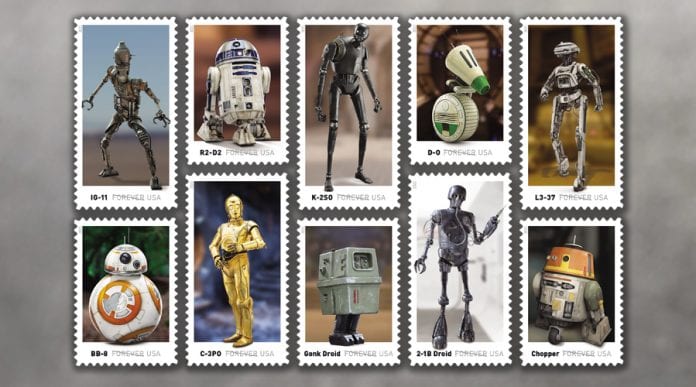 Heads up Star Wars fans/collectors, the Post Office is launching a new series of stamps, inspired by your favorite droids later this year!

This isn’t the first time Star Wars stamps have arrived, but it’s been a while since we’ve had any. As such, I’m pretty excited to add these to my current set of Star Wars stamps: The U.S. Postal Service announced today a new series of Star Wars stamps, all devoted to our favorite galactic droids. Designed by Greg Breeding with William Gicker serving as art director, the collection will be available on a pane of 20 stamps and feature droids from both film and animation, including IG-11, R2-D2, K-2SO, D-O, L3-37, BB-8, C-3PO, a Gonk droid, 2-1B surgical droid, and Chopper.

These droids are a nod to Lucasfilm’s, as well as its parent company, Disney’s, commitment to science, technology, engineering, and math (STEM) learning and the continued collaboration between Star Wars: Force for Change and global pre-K-12 nonprofit organization FIRST (For Inspiration and Recognition of Science and Technology).

The stamps are set to arrive this Spring. Which ones are you looking to pick up? 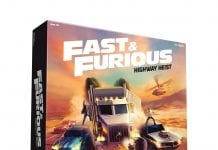