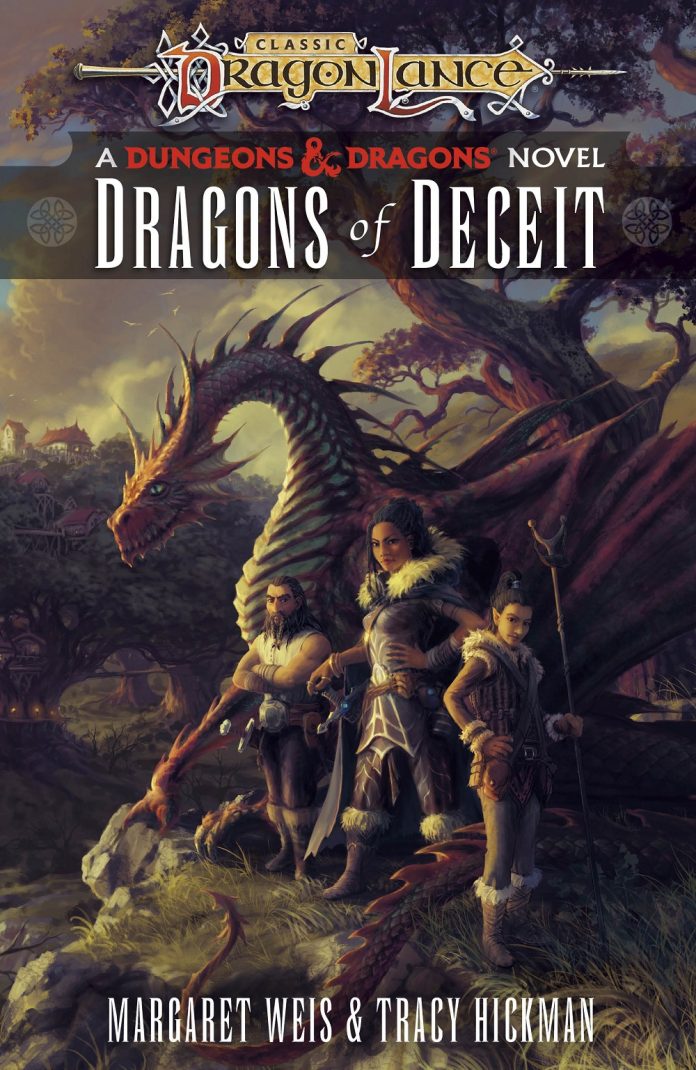 That seems to be the magical wares being peddled at your local mage-shop as Dragonlance returns to a bookstore near you after a 10-year vacation. And truly, with nearly 200 novels and counting, this series has had plenty of word count to create what is considered to be one of the great fantasy reads. So, with a world this rich, returning to it seems too good a proposition to resist, and that’s exactly what creators Margaret Weis and Tracy Hickman have done with Dragons of Deceit: A Dungeons & Dragons Novel.

Destina Rosethorn—as her name implies—believes herself to be a favored child of destiny. But when her father dies in the War of the Lance, she watches her carefully constructed world come crashing down. She loses not only her beloved father but also the legacy he has left her: the family lands and castle. To save her father, she hatches a bold plan—to go back in time and prevent his death.

First, she has to secure the Device of Time Journeying, last known to be in the possession of the spirited kender Tasslehoff Burrfoot. But to change time, she’ll need another magical artifact—the most powerful and dangerous artifact ever created. Destina’s quest takes her from the dwarven kingdom of Thorbardin to the town of Solace and beyond, setting in motion a chain of disastrous events that threaten to divert the course of the River of Time, alter the past, and forever change the future.

I can say with confidence that by the end of page one of Dragons of Deceit, your brain cells will kick into oscillation mode, triggering warm and fuzzies. Even if your Dragonlance knowledge (novels and/or campaigns) is cursory, non-existent even, the content here is not wholly unfamiliar thanks to Dungeons & Dragons popularity and incredible staying power. So, even if you’ve never read/played a single previous entry, by page one, the 16 million neurons in your perirhinal cortex will begin firing and your brain will enter a state of sensory referenced suppression, or what we commonly refer to as familiarity. Additionally, and certainly much more relevant, this new entry not only tosses in a generous number of fan-favorite characters and locales, but also gives us a fun new hero to route for, the industrious and emblematically named Destina Rosethorn, but more on her in a minute.

As the title suggests and the first name of the lead character will have you believe, inevitability is on the menu, but nothing is necessarily as it seems. And this is never more apparent than at the very beginning of the book, which starts off with this passage…

“She was born in the year 337 AC, and she came by her name when her mother, Atieno, read the omens and told her father, Knight of the Crown Gregory Rosethorn, that his child would shape the destiny of nations.”

On the nose to be sure but all the more interesting that the plot of the book heavily leans on time travel, more specifically how changing past events, no matter the significance, can lead to big changes in the river of time. We know it as the Butterfly Effect, and most everyone in Krynn seems to understand the pitfalls, except of course Destina. Unsurprisingly, this is counter-intuitive to her preordained path, one that she seems determined to disrupt. In other words, she’s a chaos agent in a world reliant on order, but I digress.

The term “time heals all wounds” doesn’t necessarily apply here with this world bearing the scars of past events, a fun little skirmish called the War of the Lance for example. But with many of the key players either dead, in hiding, or retired, any true applicable OPEX has been replaced with myth and legend, bedtime stories. But some things never go away, and this world is due for disruption, the causation being attributed to non-trivial things like blurred battle lines, morally grey characters, and anti-secularist sentiments. But as I mentioned you don’t have to be a Dragonlance scholar to parse all this as the two authors do a nice job of summarizing relevant events. While our hero may feel lost and hopeless on occasion, you as the reader won’t, and that’s thanks to a solid prose.

For most of the book, most of Destina’s journey, she’s our surrogate, reacting more than driving the story forward, that’s mostly left to the people she meets along the way, recognizable names such as Caramon Majere, Tika Waylan, and Tasslehoff Burrfoot, to name just a few. And as things progress and the story begins to take shape, it becomes clear there are larger forces at work here, good, bad, and in-between, bringing heavyweights such as Tanis Half-Elven, Sturm Brightblade, and Raistlin Majere into the fold, rounding out a pretty damn good cast. I think you get the point that a great many things from the lore are referenced, past events, characters, sometimes overwhelmingly so, but again, never once will you feel out of touch.

Take the Graygem for instance, which is at the heart of the story and one of the artifacts mentioned in the summary. The effect it has on the host and its meddling in past/current events is not unlike the Ring of Power, but Weis and Hickman perform a little alchemy with this MacGuffin, giving it an interesting new shine. But as convoluted as it may seem, and it goes there, it never gets away from them or you. It’s good stuff and even though we know Weis and Hickman could unleash a barrage of pedantic minutiae on us, they don’t, and it makes for a better and congenial read overall.

So, Destina sets out on a quest to undo what’s been done, heeding very little warning along the way. Her unreasonably high level of determination is matched only by her stout heart, and despite being a tad too credulous on occasion, she’s got that one intangible you need in these situations, impudence. Part of the reason for this character trait is genealogy, being born to contextually progressive parents.

Knight of the Crown Gregory Rosethorn and his wife Atieno are atypical for the time and place in which they exist. Less apostates, more hippies, the Rosethorns are kind, supportive, and most important of all, educationalists. They believe a strong arm and strong mind are not mutually exclusive and teach Destina that the ability to swing a sword does not make one great. They also impress upon her certain inalienable rights, such as the right to choose who one marries, which, in a world where most marry for convenience rather than love, is unusual. I adored their love story, Gregory and Atieno’s, and while we get some backstory with their courtship, not nearly enough for my liking. But this isn’t their story, it’s Destina’s.

The other reason for Destina’s boldness is necessity, living in a patriarchal society where while afforded some opportunities, women aren’t afforded everything equally. And as a daddy’s girl, her dream of being a loud and proud Solamanic Knight just ain’t in the cards, not in this current time and place. But this inaccessibility only makes Destina more resolute and also creates a sort of wonderful push/pull relationship with her seemingly madcap mother, the aforementioned Atieno, who chooses naturism over the more traditional (boring) belief system found in this particular part of the map. Truthfully, with little page time, Atieno steals just about every scene she’s in, and when she leaves the story for reasons, her absence is felt both by Destina and the reader. Fingers are crossed we haven’t seen the last of her and some of her Equus-like friends.

The great thing about the Dragonlance series is the accessibility to dragons of course, which not only provides a draconem fix, but for practicality helps with the passage of time, getting our characters where they need to be in a timely manner…in other words, no “walking chapters”. This lack of fluff produces not only a breezy read, as you’re whisked away from one moment to the next, but a dense one as well with expository page after expository page. Yes, you are given a LOT of information as each new character Destina encounters acts as an information delivery machine of sorts. What this does is force you to hyper-focus on each one, making them all equally important when it comes to driving the story forward. It also makes the first page as important as the last, and this book has a wonderful ending, setting up the next chapter nicely.

Of course, and becoming of long-form, the events that unfold end up having little to do with Destina’s personal desires and more to do with the fate of all things, thereby injecting weighty themes, high stakes, and lots of drama into the story. Not much resolution to be found of course (by design), and the pace is breakneck at times, but that’s the nature of this beast and if you’re looking for a more meditative and ruminative think piece, perhaps look elsewhere. Fun is on the menu here folks.

This is barely scratching the surface here, spoiling absolutely nothing about the events that transpire. While not all the gaps get filled, that’s expected from an opening chapter. There’s more than enough meat on the bone here to get you invested however and the quagmire all the relevant players find themselves in by the book’s end earns a resolution.

Lead by a strong yet fallible new hero, returning favorites, and time-travelling high stakes, Dragons of Deceit might be a familiar read, but for fans of this world it will most certainly be an enjoyable one. And fantasy fans of all ages should have no problem finding something to like in this new novel from architects Weis and Hickman.

Dragons of Deceit: A Dungeons & Dragons Novel is out now, click HERE to order a copy!

Margaret Weis and Tracy Hickman published their first novel in the Dragonlance Chronicles series, Dragons of Autumn Twilight, in 1984. More than thirty-five years later, they have collaborated on more than thirty novels in many different fantasy worlds. Hickman is currently working with his son, Curtis Hickman, for Hyper Reality Partners, creating stories and designs for whole-body, fully immersive VR experiences. Weis teaches the competitive dog-racing sport flyball. She and Hickman are working on future novels in this series. 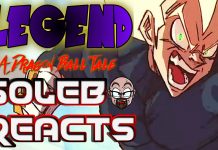 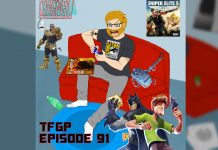