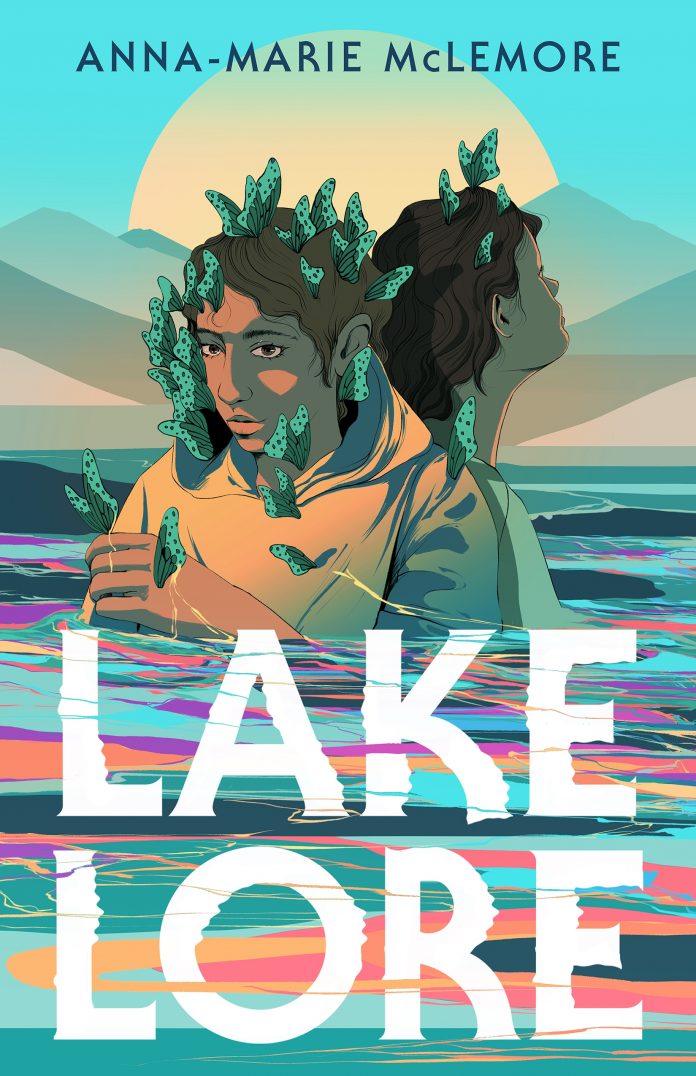 Everyone who lives near the lake knows the stories about the world underneath it, an ethereal landscape rumored to be half-air, half-water. But Bastián Silvano and Lore Garcia are the only ones who’ve been there. Bastián grew up both above the lake and in the otherworldly space beneath it. Lore’s only seen the world under the lake once, but that one encounter changed their life and their fate.
Then the lines between air and water begin to blur. The world under the lake drifts above the surface. If Bastián and Lore don’t want it bringing their secrets to the surface with it, they have to stop it, and to do that, they have to work together. There’s just one problem: Bastián and Lore haven’t spoken in seven years, and working together means trusting each other with the very things they’re trying to hide.

Lakelore is out now, click HERE to order a copy!

Anna-Marie McLemore (they/them) writes magical realism and fairy tales that are as queer, Latine, and nonbinary as they are. Their books include THE WEIGHT OF FEATHERS, a 2016 William C. Morris YA Debut Award Finalist; 2017 Stonewall Honor Book WHEN THE MOON WAS OURS, which was longlisted for the National Book Award in Young People’s Literature and was the winner of the James Tiptree Jr. Award; WILD BEAUTY, a Kirkus, School Library Journal, and Booklist best book of 2017; BLANCA & ROJA, a New York Times Book Review Editors’ Choice; MISS METEOR (co-authored with Tehlor Kay Mejia); DARK AND DEEPEST RED, a Winter 2020 Indie Next List selection; and THE MIRROR SEASON, which has recently received starred reviews from Kirkus Reviews, Publishers Weekly, Booklist and School Library Journal, and the forthcoming LAKELORE and SELF-MADE BOYS: A GREAT GATSBY REMIX (Fall 2022).

Everything is Canon
Everything Is Canon: Lakelore