It’s kind of crazy to think that ROCCAT developed an even faster, more precise technology with the Titan Optical Switch. I wrote in my review of both the Kain 120 & 200 that the highlight of both of those gaming mice were its precision and speed. To think that the next generation of gaming mice ROCCAT has on the way are even faster is pretty mind-blowing. The Burst Pro will feature another aspect of the two Kain mice that I enjoyed, ROCCAT’s Owl-Eye Optical Sensor that is adjustable up to 16,000 DPI.

When you look at the Burst Pro, you can’t help but notice the lighting system and the honeycomb shell. As seen in the video, the honeycomb lighting design is revealed by a lightweight, translucent shell. How lightweight is it? Just 68g. Underneath that shell is also the intelligent, customizable lighting engine that connects to every ROCCAT product, AIMO.

Other notable features are the PhantomFlex cable and the heat-treated PFTE skates. The PhantomFlex cable is designed to give users a seemingly-wireless experience. As the trailer shows, the cord looks extremely flexible, providing no resistance or bunch. Almost as it if just disappears. As for the PFTE skates, they’ve been pre-heated so the bottom of the mouse glides on surfaces right out of the box.

“The Burst Pro delivers our latest, most responsive Titan Optical Switch technology in a symmetrical and extremely lightweight mouse that will give any PC gamer a speed advantage over the competition,” said René Korte, ROCCAT founder and General Manager of PC Products at Turtle Beach. “Beyond being one of the fastest and best-looking mice, the Burst Pro’s unique covered honeycomb shell makes it one of our lightest mice ever while the translucent covering provides an enticing showcase of our AIMO lighting and keeps the dust and grime out. You won’t find anything else like it.”

The Burst Pro is set to release on October 30, 2020 at the retail price of $59.99/59.99€. However, if price is the question, ROCCAT is also offering up a more affordable gaming mice in the Burst Series, the Burst Core.

“The Burst Core PC gaming mouse features an 8,500 DPI PAW3331 PixArt sensor and a solid honeycomb shell.” The Burst Core will release on November 16, 2020 at the retail price of $29.99. For more information on the Burst Series gaming mice, click here. 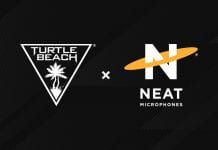 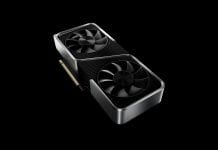