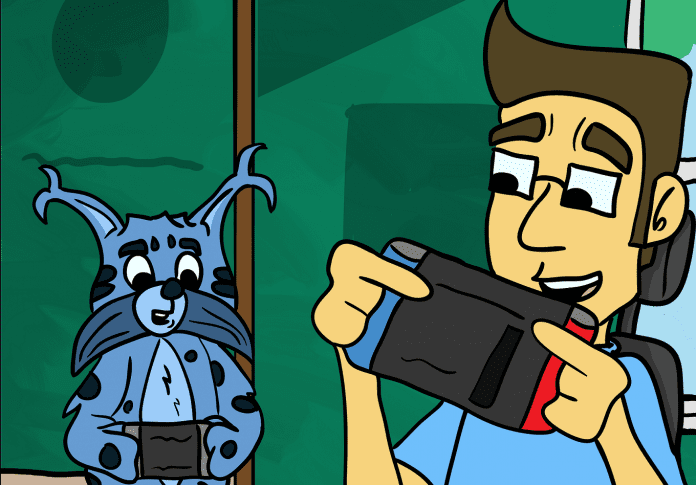 This week’s all new Focal Point comic has arrived as we look at what happens when we start to move beyond the world of Animal Crossing.

Animal Crossing: New Horizons really hit at just the right time. As people suddenly found themselves in the middle of a pandemic, the quirky, extremely chill, world of Animal Crossing has been the necessary escape for many. Personally, I’ve never picked up the Animal Crossing franchise until this release and have been ridiculously addicted to it since launch…until recently:

Since the game first released, I’ve been downright RELIGIOUS about playing it; to the point of excluding just about any other game I currently have going (too many). Within the last couple weeks–having reached the “endgame” and mostly touching up parts of my island and whittling away my final house debt–I haven’t been as strict in my playing.

Just the other day, I was playing some Pokemon Sword (told you I was way behind on gaming) and didn’t realize until the evening that I hadn’t checked on my island’s Turnip Prices (which is the basis for the main in game economy). Obviously this isn’t a huge deal in the grand scheme of things, but it speaks to the addictive nature of the game that I almost immediately jumped over to New Horizons to check on things once I remembered.

It’s hard to explain exactly why the game, which at its very core is about taking it easy, feels so compelling. Even now, jumping into a different game almost feels like I’m breaking a habit of some kind. I feel like diving into Xenoblade Chronicles Remastered is helping with that addiction. I love that JRPG and it’s story keeps me zoned in.

I’m sure I’ll get to the point where I’m no longer checking on my little island on a daily basis. As Nintendo continues to roll out new events for the game, however, I keep feeling the all judging eyes of Tom Nook boring into me…..