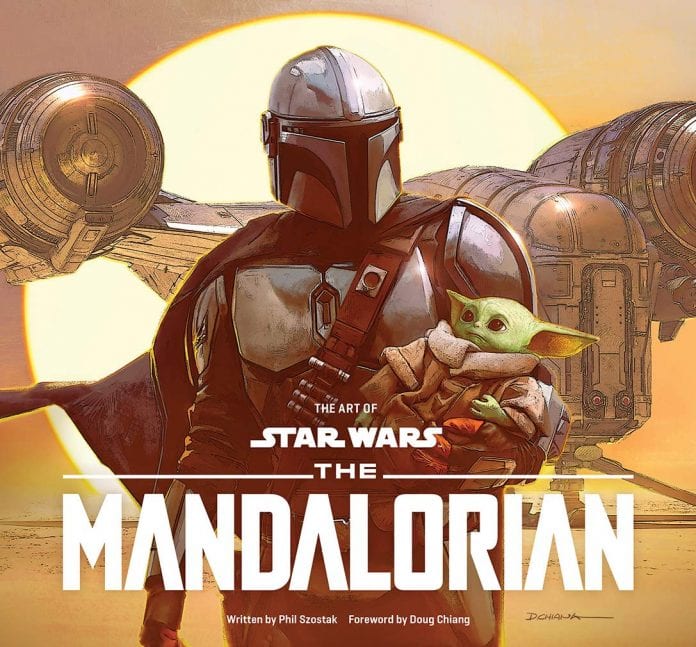 The latest ‘Art of’ book from the galaxy far, far away plunges us deep into the first season of The Mandalorian for another impressive behind the scenes experience.

I know, I know, this isn’t when we normally drop a Geek Pick of the Week! With the holiday last week, and the majority of us taking off for it, things have been shuffled around. So you get to enjoy a fun Pick to start off your week instead!

Even though there’s no new Star Wars film this year, fans are able to get their annual dosage of incredible concept art with The Art of Star Wars: The Mandalorian. Once again, the volume is coming from Abrams Books and written by Lucasfilm’s Phil Szostack (who has written all the other Disney era ‘Art of’ Star Wars books except Rogue One). Being the Creative Art Manager at the company, Phil is there from the start of the concept phase on these projects. This means he’s perfectly poised to offer insight at how certain ideas came together and evolved throughout production.

From the beginning, with The Force Awakens, the Art Of books have been something I’ve looked forward to most. Since these more recent Star Wars adventures haven’t included Making of books, Phil’s look at the artwork that helped shape these films have largely filled in that “behind the scenes” gap for fans.

The Mandalorian, however, has been a little bit different. They even had an entirely separate series on Disney Plus that delved into how the series came to life and was made. Combined with each episode featuring concept art in the closing credits, it may seem like there’s not much ground left for this latest book to cover….Thankfully, that’s far from the case.

As you would imagine, the handful of images we see in the credits of each episode are but a tiny fraction of the amount of art that went into developing the show’s signature style/characters. This book puts more of them on full display, breaking them down by episode and characters, while offering intriguing tidbits about the ideas behind certain pieces.

The concept stage is among the first part of the process in bringing a story to life. As such, it’s neat to see how early designs for Din, Greef, The Child, and everyone else evolved into their final forms. More so, we get to see how some of the bigger action sequences (from the battle in Nevarro with other Mandos showing up, to the showdown with Moff Gideon) came to be.

It’s neat to see how these concepts started off compared to their eventual result on the screen. That’s not to mention some of the ideas which never made it beyond the concept stage, which make for fun “what could have been” ideas. Combined with anecdotes on how the directors and showrunners influenced future versions of certain ideas and the book does an excellent job of making you feel like you’re immersed in the process. The book itself retains the same format as the others, so it fits in perfectly on your shelf. The high quality, semi-glossy, paper makes for easy viewing of the art as well as smooth reading. It’s setup in a way that’s easy to read cover-to-cover if you choose, but isn’t confusing if you simply open it up to a random page to enjoy the artwork.

Much like the previous Art of Star Wars books, this feels like a definitive behind the scenes experience that fans will absolutely love. I’m already eager for another volume based on the current season, and there are plenty of people who would love to find this tome sitting under the tree this year.

The Art of Star Wars: The Mandalorian launches on December 1st (tomorrow!).

[Note: Affiliate links have been included in the article.]