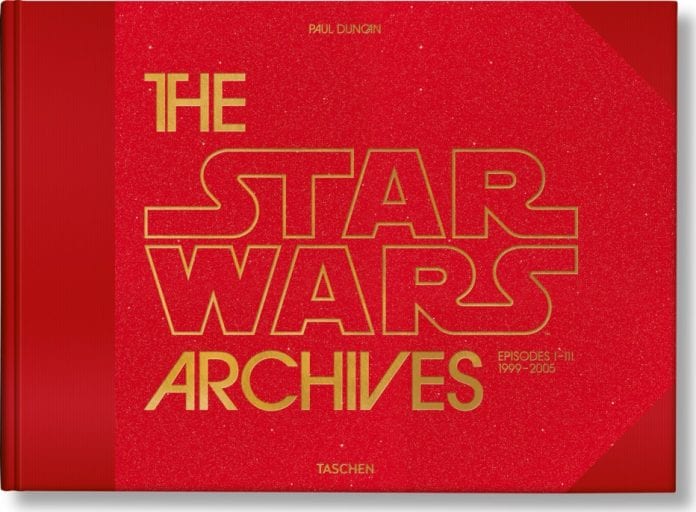 Our latest Geek Pick of the Week is the brand new TOME from Taschen and Paul Duncan, chronicling the making of the Star Wars Prequels.

Some of my favorite Star Wars related books to pick up are the ones that go behind the scenes and detail how certain things came to life. From the Art of books to the older Making of titles, there have been some impressive deep dives into the beloved franchise and their journey to the big screen.

Somehow, none of them hold a candle to The Star Wars Archives.

During the time the Prequels were in development I went through High School and into my first year of College. Being younger, with more time on my hands, I was keenly tuned into the films’ development over those years. I adamantly followed every production update, kept my eye on the webcam they set up on set, and stayed up to date on pretty much every nugget of behind the scenes action available. Back in the time before Star Wars filming was kept under tight lock and key, the process was pretty open…

Hell in the time since those films released I still read the Making Of books the accompanied them and tried to gobble up any piece of info I could. The process has always fascinated me, which is why I went to school for filmmaking. Even with all of that, The Star Wars Archives 1999-2005 felt like an eye-opening revelation into how these films were made.

More than just taking us behind the scenes with a slew of impressive images and concept art, the material really dives deep into the nitty-gritty aspects. Though so much of the production elements are commonplace in movie making these days, back then many of these techniques were in their infancy. The book does an excellent job of highlighting those early struggles as well as the push back Lucas got in movie forward with all digital filming and projection.

In this, and so many other ways, the Archives goes well beyond the films being discussed and gives insight into the industry itself during this point in time. It’s comprehensive, and features all new interviews with the big people behind the films, including George Lucas himself. He gives lengthy, and surprisingly, candid insights to the process, even discussing ideas related to Star Wars projects that go well beyond the time period the book focuses on.

It’s engaging stuff to read and feels like fans are being granted some sort of VIP access to the filmmaker. It’s impressive, and no, I’m not even done with it yet. Yes, normally I try to read through an entire book before offering my thoughts on it, but this book is DENSE. I suspect that fans will be unpacking nuggets of details contained inside for months (if not years) to come.

I can’t get over the massive size of this #StarWars book. Opened up it covers the entire span of my recliner (including armrests). Just insane and awesome. pic.twitter.com/QknLuGyB6e

Did I mention this thing is massive? That seems like an important bit. On top of coming in at a staggering 600 pages, The Star Wars Archives is also a monstrous 19×13 inches. Hell, when I sat down on my recliner and opened it up, the book completely covered my lap and spread out over the armrests on either side. It’s not for the faint of heart and weighs in at a hefty 14 pounds.

The size allows for all the information to be spread out while giving the BTS pictures more than enough room to shine. It’s a cool format for a reference book, making it FEEL as comprehensive as it is, even though finding a spot for it on my bookshelf is a bit harder.

Top to bottom, this is a phenomenal reference book with easily the deepest dive into the making of the Star Wars Prequels. Insightful and filled with engaging stories/anecdotes from the people who made it, this is a book that both Star Wars fans and people who love movies will have a blast reading.

The Star Wars Archives 1999-2005 is available now in the UK/Europe and will arrive in the US on December 13th. I can’t think of a single fan who wouldn’t want to see this under the Christmas tree this year.

[Note: Affiliate links have been included in the article.] 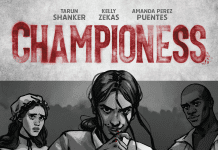 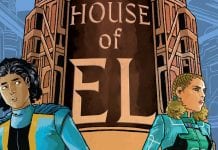 Claudia Gray’s ‘House of El Book One: The Shadow Threat’ Shows Us Krypton as We’ve Never Seen it Before 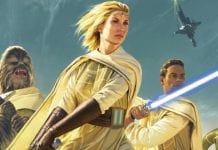 Star Wars: The High Republic – Light of the Jedi Spoiler Break Down