Doctor Strange #1 brings back Stephen Strange as the Sorcerer Supreme facing off against new deadlier threats and realizing to be up to the task his tactics need to change. One change, he’s getting a big axe. Also that ax looks very familiar maybe it’ll be related to Bloodaxe or Ares. But anyway I’ve always liked the character and with the title will be helmed by Jason Aaron on writing duties and Chris Bachalo on the writing.

Spider-Gwen #1 is bringing back the wildly popular character that has sparked more cosplays than I’ve ever seen. Seriously it’s an awesome costume. Now I liked the book but the thing is this still seems to be set in an alternate universe where we’re going to be getting more of her backstory including the events that led to her getting powers and the death of her universe’s Peter.  I’m eager for this book but do I see why this probably wouldn’t have done well joining the regular universe as they have many more stories to tell in Gwen Stacy’s universe. Jason Latour has the writing duties and Robbi Rodriguez and Rico Renzi have art and cover duties.

All-New All Different Avengers #1 gives us a new lineup of Captain America (Sam Wilson), Thor (Jane Foster), Vision, Spider-Man (Miles Morales), Nova, Ms. Marvel. Okay now this book has a lot of characters I like so you can best believe this will be on Picks from the Rack. Each of these characters written correctly can be great together and I have high hopes for this book. And the creative team on it, Mark Waid writing and Adam Kubert and Mahmud Asrar on art duties. This is my winner for the new books.

The Totally Awesome Hulk #1 has an all new Hulk taking the mantle from Bruce Banner. Okay let’s be real here, is that a faux hawk? What’s with what appears to be a mechanical arm? Is this Thor? Yes we’re promised this is a new fun loving Hulk. I really don’t know what to say about this title till I’m reading it but we already did this not too long ago with the Red Hulk. Greg Pak is writing and Frank Cho has the art.

A-Force #1 brings back the avenging ladies of the Marvel Universe as She-Hulk heads up a team of Medusa, Captain Marvel, Dazzler, Nico, and new hero Singularity. Now this is a powerhouse team yes I mean Dazzler too. The best thing this book promises a lot guest stars and I like that idea. I like that this book is returning in the new universe and that’s about all I can muster about this title. I just want this to be good. G. Willow Wilson will write, Jorge Molina will draw the interior art and Victor Ibanez will draw covers.

Well that’s a lot guys but with fall a few months away you can bet we’ll have more coming for you. Excelsior! 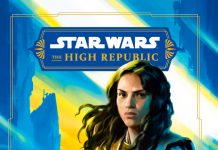