Thirty years after the events of Top Gun, test pilot Pete “Maverick” Mitchell (Tom Cruise) is called back to the legendary Navy aviation school to train a new group of pilots for a dangerous mission. When he learns one of his students is the son (Miles Teller) of his former wingman “Goose,” he must confront his past while facing a mission that could require the ultimate sacrifice. Also stars Jennifer Connelly and Val Kilmer. Directed by Joseph Kosinski.

After a wave of disappointing sequels to classic films, who could have guessed that Tom Cruise’s long-delayed follow-up to his 1986 classic would be that rare sequel that surpasses the original in nearly every way?

Top Gun: Maverick does everything you want in a sequel: it captures the spirit of the original, offers meaningful character arcs, and progresses the story logically. It’s also incredibly entertaining, and doesn’t forget its purpose. Credit director Joseph Kosinski for keeping the film’s plot and characters focused, and Tom Cruise himself for providing the perfect artistic vision as executive producer. As the bonus features make clear, Cruise made sure this film honored the original, and gave audiences a cinematic experience unlike any other.

There’s no moral ambiguity here; no tortured, sympathetic villain to complicate the moral dilemma. There’s faceless bad guys, good guys, and a mission that must succeed. In today’s increasingly complicated world, the film’s escapist, entertaining simplicity is refreshing. This isn’t dumbed down or jingoistic, tone-deaf action, and thankfully, the filmmakers didn’t make this film needlessly overblown or condescending in some misguided attempt to be high-concept.

The film picks up 30-plus years after the original film, and Pete Mitchell is still a captain, thanks to his inability to stop clashing with authority. He’s now a test pilot for experimental aircraft, until the Navy calls him with a new assignment: he’s being called back to Top Gun to teach the best pilots in the Navy for a secret mission to destroy an enemy base. However, one of the pilots is Lt. Bradley “Rooster” Bradshaw (Teller), the son of his late co-pilot Goose.

Even though the film follows many of the same paces as the first, the movie never feels like a retread. It never disappoints, and it’s constantly entertaining. The final mission, though it gets a bit improbable, is way too much fun to nitpick.

It’s nice to watch a movie that actually lives up to the hype of its marketing. Top Gun: Maverick earns its perch as the king of the blockbusters. Everything you’ve heard about Maverick is true: it’s a damn good film. Buy it, crank up the speakers, and feel the need once more.

The Top Gun: Maverick Blu-ray features an impressive transfer with excellent detail and bold colors throughout. Much of the film was shot on IMAX cameras in 6K, and you get every bit of detail here. Even for a mere 1080p Blu-ray, the level of detail here is striking, although I admit this is a film that benefits from a 4K transfer with HDR. Regardless, the Blu-ray offers up a top-level image, with natural yellows and golds during the gorgeous sunset scenes and striking whites and greys throughout, but particularly in the snow scenes at the end of the film. Aspect ratios shift from a standard 2.39:1 to the IMAX 1.90:1 for the action scenes. The aerial sequences are astounding to watch. Absolutely perfect.

The Dolby Atmos soundtrack is excellent, and takes full advantage of the jet sequences, with high shrieks and sonic booms rattling my speakers and delighting viewers. Channel distribution is solid, and the music never sounded better. The layers of fidelity presented here are fantastic. For a film that begs for repeat viewings, the audio (and video) provide a cinema-like experience that few discs equal.

The Blu-ray includes over 110 minutes of bonus features, including a number of promotional featurettes that were produced in the two years the film waited for release. There are a number of nice looks behind the scenes here. Take note: some of the bonus features are only available digitally, so be sure to redeem your code to access them. We will note where features are available. Kudos to Paramount going the extra mile to add more features digitally, where disc space is not an issue.

Included in the special features are the following:

*“Cleared For Take Off” featurette. Tom Cruise and producer Jerry Bruckheimer were committed to shooting the fighter jet scenes practically. This featurette explores how the production worked with Navy aviators to capture the action. Cruise and the actors are interviewed and shown participating in rigorous training to be able to sit in an F-18 in flight and withstand multiple Gs. Cruise (who is a pilot himself) actually created the training program for the actors. Running Time: 9:15 Available on disc and digital.

*“Breaking New Ground – Filming Top Gun: Maverick” featurette. No other film has been shot the way Top Gun: Maverick was, and this featurette explores how the groundbreaking aerial sequences were captured using specially-built cameras. Running Time: 7:56 Available on disc and digital.

*“A Love Letter To Aviation” featurette. Tom Cruise’s passion for flying is the driving force behind the film, and that includes his personal vintage World War II-era P-51 Mustang plane, which is featured in the film. This featurette celebrates his love of flying, and features him flying the P-51 with Jennifer Connelly. Running Time: 4:48 Available on disc and digital.

*“Forging The Darkstar” featurette. The producers of Maverick partnered with Lockheed Martin’s Skunk Works design division to create the fictional plane “The Darkstar,” an experimental craft capable of flying Mach 10, to be featured in the film. Running Time: 7:31 Available on disc and digital.

*“Masterclass with Tom Cruise” featurette. Cruise was honored at the Cannes Film Festival with this sit-down discussion before a live audience. It’s a fascinating talk, much more in depth than most interviews you see with Cruise. Running Time: 49:05 Available on digital only.

*“James Corden’s Top Gun Training with Tom Cruise – Extended Edition” featurette. There are some funny moments in this extended version of a sketch from Corden’s late-night show. I’m not a particular fan of Corden, so I found most of this annoying. Running Time: 26:42 Available on digital only.

*“Hold My Hand” music video. Lady Gaga’s hit single from the film’s soundtrack is featured here. It’s a video in the old MTV style, and the song is great. Running Time: 3:53 Available on disc and digital.

*“I Ain’t Worried” music video. OneRepublic’s single, which is featured in the film, is included here, with the band’s performance cut with scenes from the movie. Running Time: 2:37 Available on disc and digital.

*“Mission: Impossible – Dead Reckoning Part One” Teaser Trailer. The first look at Tom Cruise’s other mega-franchise is here. Kittridge is back! Coming to theaters in July of 2023. Running Time: 2:17 Available on digital only.

*“Mission Impossible Trailer Introduction” featurette. This special introduction of the Mission: Impossible – Dead Reckoning Part One trailer was made just for CinemaCon attendees, and features Cruise riding on the the top of a biplane. He is a crazy man. Running Time: 3:54 Available on digital only.

*“Top Gun: Maverick” Trailer #2. The final trailer for the film is included. Running Time: 2:24 Available on digital only.

*Digital Copy. A code for a digital copy of the film, redeemable through VUDU and iTunes/Apple TV is included.

Subtitles: English, English for the Deaf and Hard of Hearing, French, Portuguese, Spanish 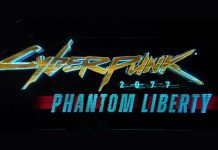 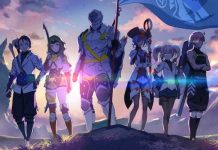 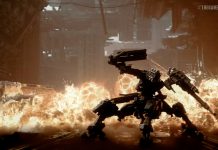