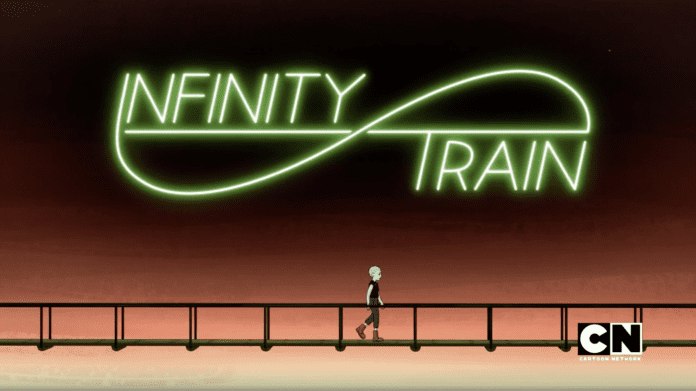 Every train car is an adventure, and nothing is what you expect! Created by Owen Dennis (former writer and storyboard artist from Cartoon Network’s Emmy-nominated series, “Regular Show”), the critically acclaimed, Infinity Train: Book Two will be released on DVD on May 25, 2021 from Warner Bros. Home Entertainment.

Infinity Train: Book Two follows Mirror Tulip, an escaped reflection from the mirror world, and Jesse Cosay, a 14-year-old jock from Arizona. As the pair finds themselves on the run from the mirror police, themes of identity, friendship and peer pressure arise. Go on an epic journey with all 10 episodes from the second season and bring home over an hour of bonus features including commentaries, animatics, and an image gallery!