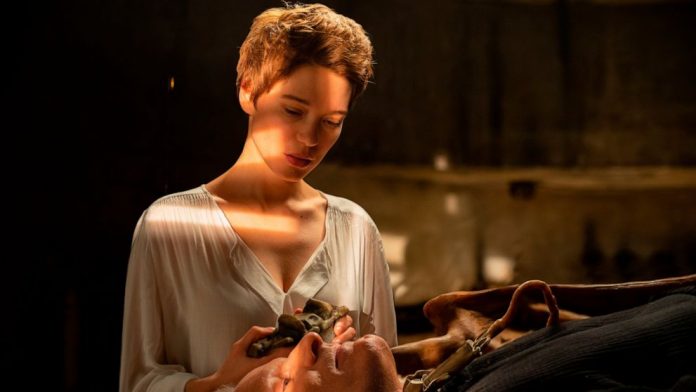 The cast of Dune: Part Two continues to take shape as Léa Seydoux will be taking on the role of Lady Margot!

As a start date for filming begins to loom, we’re hearing about more and more casting for Denis Villenueve’s Dune sequel. Today, Deadline reports that Léa Seydoux (most recently seen in Crimes of the Future) will be portraying the Lady Margot.

In the novel, Margot was the Bene Gesserit wife to Count Fenring, the deadly assassin who is both the Emperor’s confidante and only friend. While she didn’t have a huge role in the original novel, her presence was powerful, and she served a fairly big role in the Prelude/In-between Dune novels penned by Brian Herbert and Kevin J. Anderson.

Seydoux joins returning cast members as well as other newcomers like Christopher Walken (the Emperor) and Austin Butler (Feyd Rautha-Harkonen). Filming was set for this Summer, but might actually end up closer to happening in the Fall. Either way, the remaining casting should be coming into focus soon!