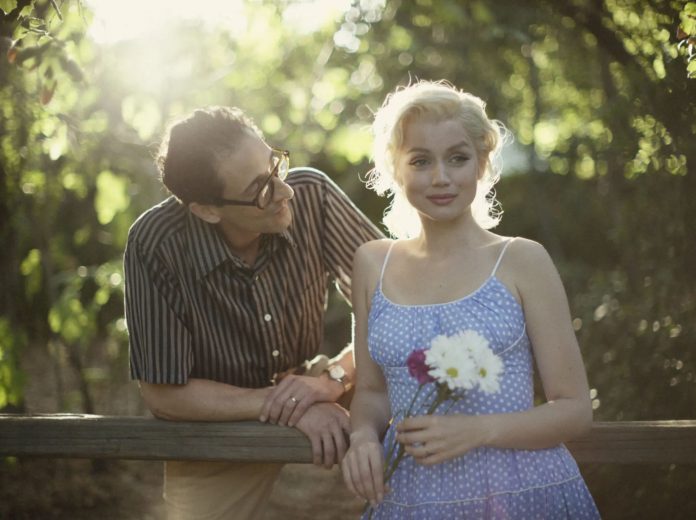 After months of controversy and chatter surrounding the film, Blonde has arrived on Netflix and it fails to be as interesting as the conversation around it.

Controversy swarmed for months around Blonde, the latest fictional film inspired by iconic blonde bombshell Marilyn Monroe and based on the novel of the same name by Joyce Carol Oates. However, said controversy was more interesting than the film itself which falls flat from almost every angle and perpetuates damaging myths about an allegedly-infamous Monroe.

Blonde—the novel and the film—re-imagines the life of Marilyn Monroe. From her volatile childhood as Norma Jeane, through her rise to stardom and romantic entanglements, Blonde attempts to blur the lines of fact and fiction and explore the widening divide between Monroe’s public and private selves. Written and directed by Andrew Dominik, the film boasts a cast led by Ana de Armas and featuring Bobby Cannavale, Adrien Brody, Julianne Nicholson, Xavier Samuel and Evan Williams.

While Oates’ novel is poetry, the film is devoid of meaning and resonance. It offers nothing new, nothing exciting, and nothing thoughtful to the already vast world of oft-misguided Monroe media. Put bluntly, the film is essentially Ana De Armas crying for 2 hours and 47 minutes. Although, the cast cannot be faulted; the film does contain an all-star lineup who deliver as best they can.

Certain scenes are unnecessarily invasive and add no substance or interest to the story or viewing experience. They are often just plain vulgar and two-dimensional; a cheap trick. Where Oates’ novel is rich and vivid, the film is a mess of cutting-room floor items and ideas. Throw in sex and abortion and apparently that sums up Marilyn Monroe according to this depiction.

The film also jumps from scene-to-scene without any flow or smooth direction, missing any and all opportunities for an immersive atmosphere or rich storytelling. It is a jigsaw of fragments that maximizes only on recreating famous photos and images of Monroe while doing very little else. One can appreciate the attempt to capture a distorted reality of one of the most famous women ever to grace the Earth, but its execution here does no favors for the film, certainly no favors for Monroe, and achieves no detectable worthwhile purpose.

Of the film, Oates writes: “‘Marilyn Monroe’ was a brilliant invention of Norma Jeane Baker, one that saved her life, initially; but then overwhelmed her.” Monroe, like all of us, was probably overwhelmed from time to time, but describing her in totality ignores much of her life, career and decisions, let alone her infallible star power.

Marilyn was a force—after all, we are still talking about her today, 60 years after her death. However, Oates’ 800-page novel and its transporting nature was too much to tackle on screen, it seems. I wanted to see what Oates describes as “a true, raw, painfully honest being, an exposed soul, not a pop star entertainer but one of us, transformed.” There are flickers of this transformation and yet the film largely only manages to sum up Monroe as a victim.

The Blonde film is a dull fiction and a simplified portrayal of an extraordinary life. It captures only the overwhelming and none of Monroe’s powerhousing. Marilyn’s third husband, Arthur Miller, once described Marilyn as “a poet on a street corner trying to recite to a crowd pulling at her clothes.” Blonde captures no such poetry and misses a huge opportunity to reintroduce an intelligent, sophisticated, strong Marilyn to the world, as her fans so fondly remember her. Though not without her demons, there is so much more to ‘La Monroe’ than can be seen or felt in this lacking and lifeless attempt.