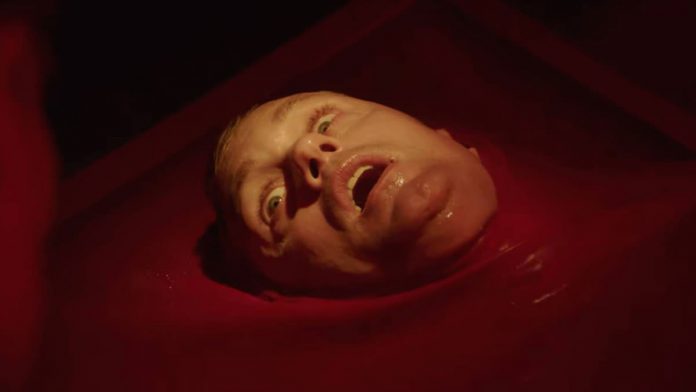 Infinity Pool arrived at the Sundance Film Festival and has everyone talking, though maybe not for the best of reasons.

As I’ve spent the past year slowly exploring the horror genre, I purposely sought out horror films when I scheduled the Sundance films I wanted to see this year. Infinity Pool seemed like a great choice, as it’s directed by Brandon Cronenberg, the son of iconic director David Cronenberg. Add in Alexander Skarsgård and Mia Goth in the starring roles, plus what appeared to be a cautionary tale about the rich running amok, and Infinity Pool seemed to have all the makings of a great film.

Unfortunately, I regret to inform you this impression did not hold for long. While Infinity Pool has an interesting premise, wherein a visitor at an exclusive resort (Skarsgård) stumbles across a disturbing form of justice after getting involved in a fatal accident. On that basis, the first half of the film is properly disturbing and eerily fascinating. Skarsgård projects a palpable fear that brings your heart into your throat, even though you’re not the one in danger.

The problem with Infinity Pool is, just when you think the story is going to ascend to the next level after the premise is spelled out, it all goes sideways…and not in a good way. There’s a half-hearted attempt to keep the story on track, but it doesn’t take long before the plot breaks down into a jarring, muddled mess that doesn’t deserve to be called horror.

It’s almost as if the writers got the story halfway done and then couldn’t figure out how to follow through. This is really a shame, as with a proper second half Infinity Pool could’ve been a great addition to the horror genre. Instead, I’m obliged to class this film under “great premise, lousy execution” and dream of what might have been.

It should be noted I don’t fault the main actors in the film. Skarsgård, Goth, and all the principal actors do a fairly good job with the material they’ve been given. The problem is the material becomes increasingly less good the closer we get to the end of the story.

What I can’t forgive about Infinity Pool is how it provokes all the wrong feelings. Horror, when done properly, is meant to provoke and disturb the viewer to varying degrees. But with Infinity Pool, rather than being provoked into a thrill by some daring piece of horror, all I felt for the most part was disgust. Especially in the latter half of the film, I feel like a line was crossed in several places. Horror is doing something wrong if it leaves you feeling dirty and disgusting by the time the credits roll, and that’s what Infinity Pool did for me.

Perhaps others will feel differently when they see Infinity Pool. But for me this will always be an example of a movie that fell way short of its potential.