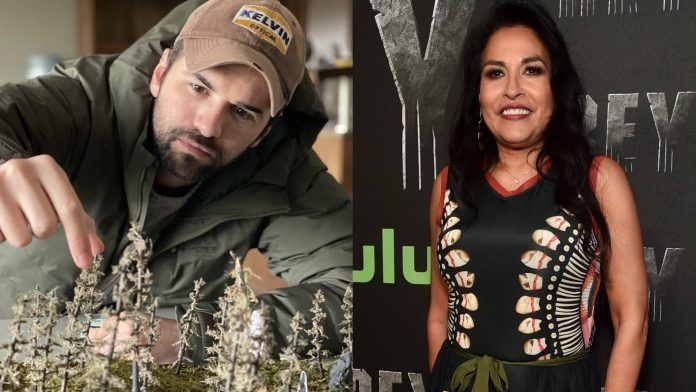 We recently had the chance to sit down with Director Dan Trachtenberg and Producer Jhane Myers to talk about why Prey HAD to take place in the past.

On top of getting to speak with Amber Midthunder about her starring role in Prey, I also had the opportunity to chat with the film’s Director, Dan Trachtenberg along with Producer Jhane Myers. As you would imagine, many of my questions centered on the Native American aspect of the movie and it was a delight to hear their thoughtful answers.

During our chat, they emphasized the importance of centering Native Americans within this new Predator story, how they ensured authenticity on the screen, and offered new details on how they settled on the “language” within the film:

I really enjoyed chatting with these two, and super impressed at Dan Trachtenberg’s humility and commitment to ensuring accurate Native representation on screen. It’s something not many filmmakers take into consideration, let alone ensure they’re hiring the right people to get it done.

Set in the Comanche Nation 300 years ago, “Prey” is the story of a young woman, Naru, a fierce and highly skilled warrior. She has been raised in the shadow of some of the most legendary hunters who roam the Great Plains, so when danger threatens her camp, she sets out to protect her people. The prey she stalks, and ultimately confronts, turns out to be a highly evolved alien predator with a technically advanced arsenal, resulting in a vicious and terrifying showdown between the two adversaries.