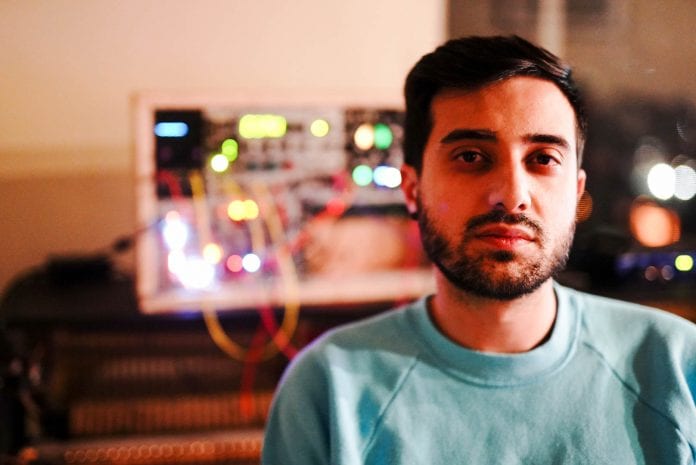 Cinelinx’s resident film music expert Becky O’Brien recently had the opportunity to talk with film composer Giosuè Greco about his work on Period. End of Sentence and other film projects.

Specializing in electronic soundtrack, Giosuè has exhibited his talent in numerous television series and films, like A Woman’s Place and 2018 Academy Award winner Period. End of Sentence. The latter was a documentary that followed women in India learning how to make biodegradable sanitary pads and being empowered to shed the taboos surrounding menstraution. From a young age, Giosuè has been experimenting with all kinds of musical instruments. This paid off when he was selected to receive a scholarship to the well-renowned Berklee College of Music, where he earned a degree in Music Production and Engineering.

How did you get started with being a film and television composer?

Since I was little, I knew I wanted to be in music professionally but never quite envisioned how. When I moved to LA, I started picking up a multitude of totally random music gigs, and I ended up scoring a few short films. Eventually, I started assisting Dan Romer and that led to writing more. I was lucky enough to write for The Good Doctor and Far Cry 5 to name a few.

As a composer, how do you get attached to different projects? Do you approach them or do they approach you?

It really depends on the project. More often than not, I am connected to new projects from filmmakers that are familiar with my work or other professional and personal relationships that I have developed. I like to think that every project is a stepping stone. It’s my hope that almost anything I work on will have some sort of segue later on and will contribute to my evolution as an artist.

Once you’re attached to a project like  Period. End of Sentence, how do you get started with putting the music together?

It’s usually a collaborative effort between me and the director. We discuss the director’s vision and some reference music always gets thrown my way. I think the key is to sketch out some music before the film is edited, that way they have a good sonic palette they can start cutting the film with.

Tell us about one of your other favorite projects. How does music support the emotions of it?

In A Woman’s Place, there is a scene when we see Karyn discussing her work towards opening her restaurant. The music at that moment is a piano and cello quartet that swells over her earnest success.

On average, how much time do you have to put a score together?

A work of art is never perfect, but luckily there are deadlines! It varies from project to project. Sometimes a film might have a longer timeline than a TV show; however, a TV show might require more music to write.

Do you create themes for each character in a story or do you take a different approach with the music?

I tend to develop themes based on emotions that are occurring on screen, rather than based on characters. Sometimes it is through the help of an instrument. For example, in Just Hold On, I use the sound of saxophones to describe excitement over the mutton busting competition, and soft piano pieces for the more emotional segments of the story.

How do you balance the music with the story in your projects?  Can you give us an example? I know one common obstacle is making sure the score doesn’t drown out what’s going on, so I was curious how you worked it out.

Most of the time it is about reading the scene and understanding your place in the creative process of filmmaking. Ultimately, the music should support what the filmmaker is trying to convey — a good score that serves the picture!

What do you hope audiences take away with them when they watch Period. End of Sentence. and hear the music?

I think the film is a call to action as it captures an important and culturally relevant issue in a short amount of time. I hope it inspires people to learn more about shifting the narrative around the cultural stigmas of menstruation.

I want to give a big thank you to Giosuè Greco for taking the time to speak with me about his work and I hope you enjoyed this interview!