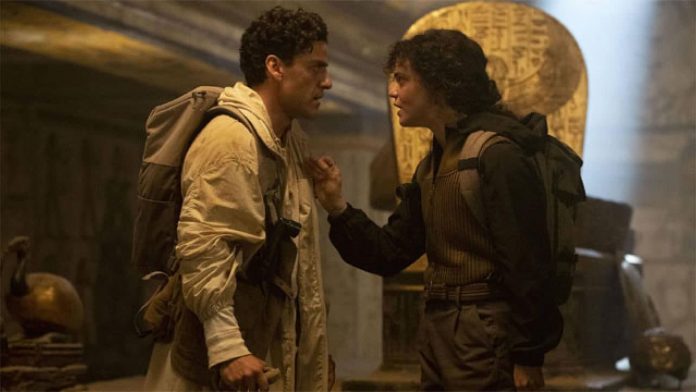 Moon Knight’s fourth episode brings a genre mash-up that nails every element. From horror to comedy, it manages to nail a consistency that makes the shifts work brilliantly.

The majority of this episode was straight out of The Mummy, Indiana Jones and Tomb Raider in the best way; the eerie environment of ancient ruins was as exhilarating as it was tense. Sets have never looked better in a Marvel project, as painstaking detail brings the artifacts of Ancient Egypt to life in an immersive experience that executes its world-building fantastically. This series as a whole has been gripping with its introduction to Egyptian mythology, but this episode brought it all together with its beautiful craft.

One of the many highlights of this episode was its brief delve into the horror genre; a potential first for the MCU in live-action as far as I can remember. Sound design, direction and a surprising amount of gore made me feel the same tension I remember around the scarabs of The Mummy franchise. May Calamawy’s performance, in particular, stood out during these sequences; with desperation and anger that immersed in the genuine danger the character may face. No small feat when tackling a lead character in a franchise property.

Oscar Isaac continues to shine as the show’s dual lead roles. Marc continues to morph into a very compelling character who has evolved from an abrasive mercenary to a nuanced character with clear motivations and reasons to empathize with. Steven has shifted from someone incapable and bumbling to an intelligent asset to their adventure into the Sahara. His expertise and excitement with Ancient Egyptian culture and history make him an easy exposition tool that works organically with scenes and stops any overly wordy lore dumps.

The episode’s last sequence does a good balance of suspense but also complete awareness of the audience’s belief. I worried it might spend too much time on trying to convince the audience one thing but instead it spends just enough time to keep it engaging and interesting but switches it up just before we wonder when they’ll end the shtick. The final moments may be one of the weirdest and funniest things I’ve seen in the MCU, but it worked so well and never showed Isaac’s incredible range better.

Overall this was easily the best episode of the season, striking a great balance between characters’ screen time, exposition and absolutely brilliant genre work that doesn’t feel inconsistent despite drastically different tones at times.