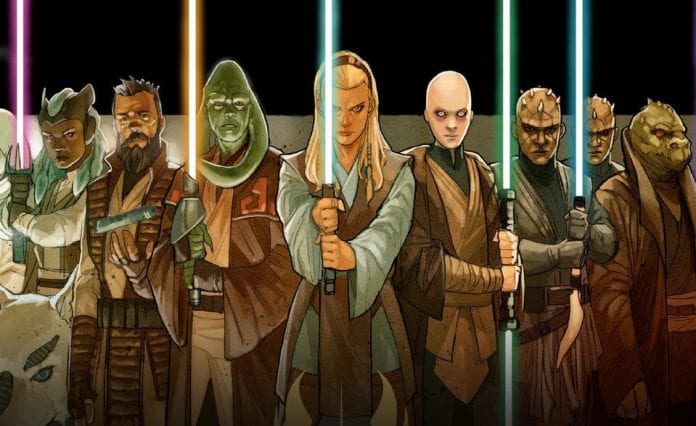 Star Wars animated projects are still in the works and we’ve heard word that one of them will let fans experience The High Republic.

The Star Wars live-action series are chugging along, but it’s been a little bit since we’ve heard anything about any upcoming animated projects. We know Lucasfilm is still hiring and adding to their Animation team, but aside from The Bad Batch, we don’t know what they’ve been working on. Maybe I can help a little bit with that.

Over the last couple days I’ve heard from a handful of sources that three new animated series are currently in various stages of development, one of which would be set during The High Republic era. This January, Lucasfilm/Disney are kicking off a new publishing initiative that ushers in a brand new, unexplored, period of time in Star Wars.

It’s exciting, and been top on my “most anticipated” Star Wars endeavors ever since it was announced earlier this year. Being set a couple hundred years before the events of the films opens up a wide range of storytelling potential and I’m already in love with it. From what I’ve heard, this is definitely among their new sandboxes to play in for stories.

Despite being initially announced as a “publishing” project, I’d heard even last year that it was being considered as a “multimedia” project that would span other mediums as well. It’s already popped up in VR (as we scooped earlier this year), and this actually isn’t the first time I’ve heard The High Republic mentioned in terms of a TV show. I have also heard whispers of a potential live-action series happening as well, so they’re definitely moving beyond the books for this era.

Sadly, I don’t have any specific details on what the series will include, whether it’ll include characters from the books/comics or not. From what I can gather, it’s early days of development, and lines up with what I’d heard a few months back about a new project entering the concept art stage (normally among the first steps).

Still not entirely sure what the other animated project is. Could be the long rumored Rebels follow-up, but to be honest, it’s been a WHILE since I’ve heard anything regarding that. With Ahsoka now in live-action I’m not sure what’s going to happen with that particular story.

Hopefully, with The Mandalorian nearing it’s final two episodes for the season, we’ll hear more about these upcoming projects sooner (and officially) rather than later.