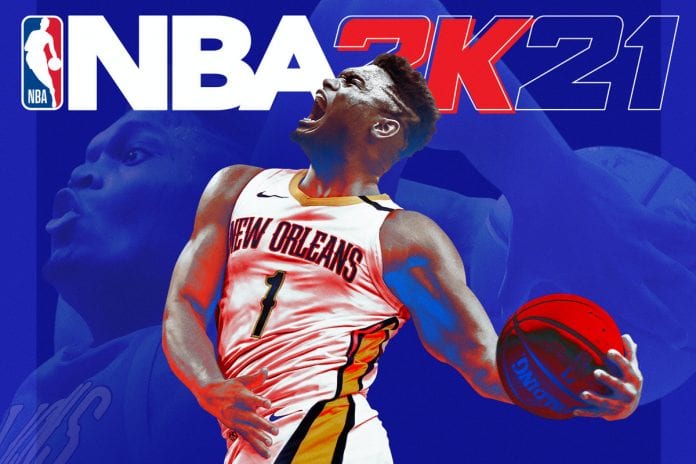 A recent release noted that 2K plans a rather obnoxious pricing scheme for NBA 2K21. Not only will the yearly released NBA title not be compatible with next generation upgrade programs (where you can buy a current generation copy, and upgrade it for free to next generation), 2K also revealed a $69 price point for the game. Anyone who doesn’t want to buy the game twice, or wait things out for the next generation, can buy a $99 version of the game instead.

WIth this revelation, the speculation began and it seems fairly likely that the $70 price point will be the new standard for PlayStation 5 and Xbox Series X games. A person with a minimum to average wage job is literally going to work for half a day just to afford a new game, sounds like fun, right? No, and of course it will come with complaints because nobody likes paying more for the same thing, but there is more to it than that. We now live in a world where “free,” yes free titles are dominating the market. An entry point to a game that has no cost whatsoever. Apex, Fortnite, even Call of Duty, and many other titles are completely free to play right now. Yet these same titles are making millions per day for their publishers.

The low entry fee is what drives these games to make more money in the long run. A free (or small) entry fee coupled with small purchases afterwards tends to make people think they are spending less. When a kid asks their parents for 2-5 dollars to buy some Fortnite costumes, it doesn’t seem like “that” big of a deal. Now if that same kid walked in and said he needs $70 for the new Fortnite, you might think twice.

Almost every single game on the market, especially from major publishers, has some sort of “season pass” tied to the base game. Even games which charged a full $60 from the outset now want you to also spend $40+ for “season passes,” and $5-10 for cosmetics, etc….

Looking at Overwatch or Destiny for example, you could spend an additional $100 within a year and still not have half of what you want. The result, ultimately, is a game that actually ends up costing $160. EA on the other hand has implemented new game modes in a lot of their games including “Ultimate Team” modes in their sports titles which has generated millions in revenue.

2K isn’t shy about this situation either, with their NBA titles being absolutely riddled with pay to win features and microtransactions. 2K has found a way to charge for pretty much anything from shoes to haircuts at this point, and it seems every year they find a way to make their game more expensive. It’s one of the reasons their latest title didn’t sell well and had so much criticism from fans.

And let’s face it, there is a reason why GTAV is being re-released on the next generation. The microtransactions in that game alone are making millions…… Then we look at the flops, and they flop hard at just a $60 price point. We have seen it countless times this year alone where a game released, didn’t do well out of the gate, and was dropped to $40 or less within a few weeks. $40 is the sweet spot for most gamers, this is where a lot of new people jump on board and take the bite for a game they were iffy about. Not every title can be Call of Duty where they sell countless copies at whatever price they want.

Now we are asking to make $70 standard in a world where a lot of games are struggling to just make sales. The answer isn’t a higher price point. Games will run a higher risk of losing even more sale with the higher price point. The question is, is this risk worth it in order to make an extra 10 bucks from people buying the game day 1? Or will more people just end up waiting for sales?

We don’t need to look far at what other games have done to boost their user bases. Games like Overwatch or PUBG routinely drop their price to $20 or less to get some new players on their servers. We’ve seen PS Plus offer games for free to help build playerbases; and there’s EA Access where we pay a monthly bill just to play all their games without shelling out $60 for each one. The last option has become so popular that EA themselves have noted games are becoming a “service” and expects EA Access to become a bigger part of their business.

PC players are probably more accustomed to discounts and free games than anyone with Humble Bundle deals, Steam discounts, and CD Keys offers. While PS Plus offers free monthly titles, Xbox also has a subscription based service similar to EA Access where a library of games is at your fingertips for one low price.

Gaming was becoming more affordable than ever before. This is where gaming should be going considering other entertainment mediums are already there. A movie person can pay for Netflix or Hulu and get access to thousands of movies and TV shows, instead of purchasing them individually. The movie industry as a whole has been struggling for years to keep people in theaters, and with the recent pandemic it’ll become even harder. So the idea that a “$70 game outweighs that of a $15 movie” is not a great argument anymore.

And Where Is Our Digital Discount?

One could argue, “with inflation, it should actually be more than $70!” And We can argue that with digital they already made up the difference! Yes with digital libraries growing by the day, the cost of actually publishing a game has dropped dramatically. No more printing discs, no more middle man GameStop, no more shipping and dealing with mass production. Hell you could argue the competition from used game sales even dwindled dramatically. Instead we have digital storefronts where these publishers pay a small fee per sale, if that, and then the storefront takes care of the rest. Sony and Microsoft are most likely not paying themselves to sell their own games, right?

And yet we benefit from this in no way. I could understand if the pricing structure was $70 for physical and a $10 discount for digital, but that isn’t happening. Digital is the same price, and oftentimes even more costly than a physical copy. Recently I’ve done multiple deals with Target and GameStop that included buy 2 get 1 free on new games. We have seen Call of Duty, Assassin’s Creed, and even Dragon Ball Z go on sale for $40 or less within a month of release, while the games remain full price on store except for rare occasions longer down the road. None of these cost saving benefits are passed on the consumers, which means these publishers have found a way to basically charge us $70 by offering less, and charging the same.

I get it, the cost of making a video game is going up. It costs millions to make AAA titles at this point and they need to push in more money. With the inclusion of digital platforms and microtransactions/season passes, games have cost more than $60 for some time already. Even if all the major publishers get together and agree a general price increase is a good idea, the fallout from it won’t be worthwhile in the long run.

People will be able to afford fewer games, which makes the overcrowded Fall lineup even more iffy. How many titles avoid November because they know people will choose Call of Duty instead of their game? Plus all these publishers agreed at one point that $10 “online passes” were a good idea, and look how that turned out…..

If you are going to charge me more for an entry fee to your game, then I better get something new to go with it, or those microtransactions that follow need to tone it down a bit.