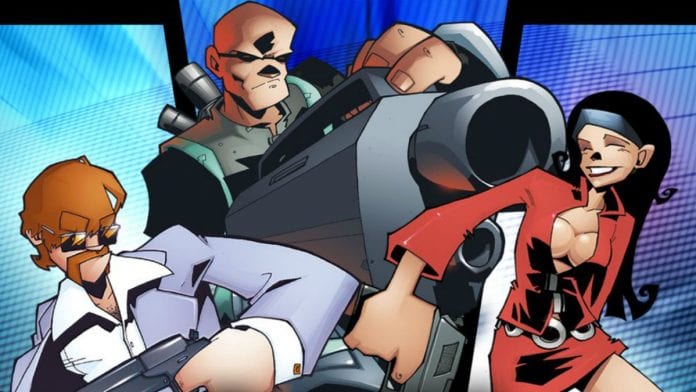 THQ Nordic is apparently teasing that a remake of TimeSplitters 2 is on the way, but they’re being very cryptic about it.

In the recently released SpellForce 3: Fallen God, THQ Nordic includes an item that appears to reference an as-yet unannounced remake of TimeSplitters 2. Originally released in 2002, the game was released as a sort of spiritual successor to GoldenEye 007, and a remake of the game would surely make many people very happy. For those not familiar, the original TimeSplitters 2 features a story mode consisting of ten levels in which the player assumes the role of one of two space marines as they attempt to stop the alien race of TimeSplitters from ruining history by collecting the time crystals in various time periods.

It should be noted that there’s nothing official at this point. While THQ Nordic has released several remakes and remasters in recent years, that’s still no guarantee that a TimeSplitters 2 remake is happening.

But given the roller coaster ride that 2020 has been, it doesn’t hurt to hold out hope that it will happen.