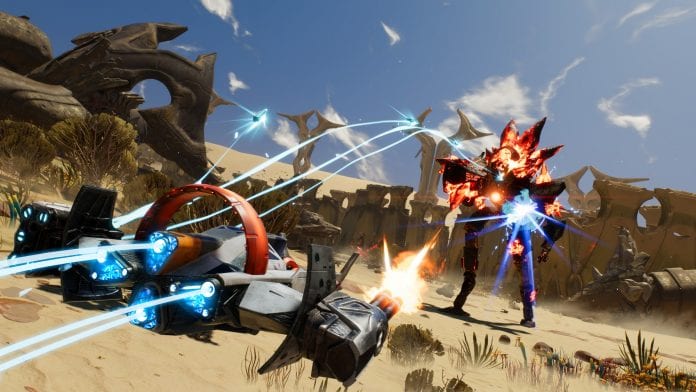 With the next-generation gaming consoles dropping this week, we look back at some of the hidden gems worth digging up.

Each console generation brings a ridiculous amount of games. I mean, there’s almost no way to keep up with all of them. Inevitably even great games manage to fall through the cracks. Whether through releasing at a bad time (up against major AAA games) or simply getting nothing more than “okay” reviews upon initial release, some games don’t seem to get the traction they deserved.

Even as you set about unwrapping your shiny new consoles, I think there are a few games still worth playing from the previous (current) generation. Here, I break down a few of them I remember loving despite fading from conversations too quickly:

Mad Max seemed to have just about everything going for it. A large open world, the setting and iconic character pulled directly from a major IP, and even the launch of a brand new Mad Max movie (Fury Road) to get a boost out of! And yet…it never really took off.

Its biggest problem, no doubt, stems from the fact it launched on the same day as Metal Gear Solid V: The Phantom Pain. That’s not exactly a franchise you want to go head-to-head with. The other problem, crazy enough, was its proximity to the film’s release. Since the story and characters play out much differently from one another (especially with none of the beloved new characters from the film) many were put off.

It received mixed reviews upon its release, with most finding fault in its story and some gameplay mechanics that didn’t feel entirely polished. Even so, there’s a whole bunch of fun to find in the post-apocalyptic setting. The car combat alone is crazy fun, managing to feel fresh even five years later. Released in 2014 (so it’s barely making the cut here), Tropical Freeze was the follow-up to the incredible Donkey Kong Country Returns on the Nintendo Wii. The direct sequel took everything fans loved about the previous revival and expanded on it. With several new levels, and some quirky new gameplay mechanics, fans were treated to a punishing new title in the platforming genre.

Despite getting plenty of good reviews, Tropical Freeze struggled to connect with players. In it’s first month, it had only managed to sell a fraction of the copies DKC Returns had in the same period of time. Hell, even between it’s initial debut and Nintendo Switch re-release, Tropical Freeze still hasn’t caught up to the lifetime sales of Returns.

It’s a very solid platformer with a high level of challenge that makes it both frustrating and nearly impossible to set down. Combined with collectibles and other challenges, the replay value is incredibly high. If you have a Switch, but skipped out on playing this one, definitely do yourself a favor and snag it.

Nothing bums me out more than the fact that any and all chatter about Starlink: Battle for Atlas died almost as soon as it launched. It’s a fantastic space-shooter game that manages to incorporate a fairly solid Sci-Fi storyline, along with ground and flight mechanics that are highly addictive.

Thanks to a surprisingly hefty (free) expansion last year, the game is bigger and better than ever. While it doesn’t hit the same level of detail from flight sims, the fast-paced action makes every encounter a ridiculous amount of fun. Even better, if you play on the Nintendo Switch you end up with one of the best Star Fox games around!

Sadly, I think the Toys-to-Life connection ultimately hurt it, and it didn’t help that it released during an already packed Fall gaming schedule. Thankfully, however, the toy aspect is completely optional and you can enjoy the full game without having to pick up a single one. If you feel inclined to go whole hog on it, however, you can pick them all up pretty cheap these days.

Rise of the Tomb Raider

The sequel to Crystal Dynamics’ impressive Tomb Raider reboot stepped things up in just about every way. With a larger map to explore, a new story that incorporated elements from deep within the franchise’s lore, and even more refined gameplay mechanics, it was everything fans could want in a sequel.

Well, everything except multiplatform. Rise of the Tomb Raider launched as an Xbox One exclusive, something fans had grumbled about when that was initially announced. Not to mention it was released on the same day as Fallout 4, another highly hyped/anticipated franchise release.

It sold okay, but wasn’t blowing the doors down either. By the time it finally launched on the PlayStation 4 almost a year later, many gamers/fans had moved on to other things. It’s an incredible game, however, and easily my favorite in the reboot trilogy. Coming on the heels of a successful first game, Titanfall 2 expanded on the world it introduced gamers to in the first game, while refining the inventive gameplay and adding in a solid story to boot. It’s announcement and build to release were met by plenty of enthusiasm by fans, but EA decided to bury it for some reason.

Despite favorable reviews and being nominated for a slew of gaming awards, its sales were far under expectations. This is mostly due to the fact that EA decided to launch the game in late October just a WEEK after the launch of EA’s Battlefield 1, and just before that year’s Call of Duty. That’s a lot of shooters in a short period of time and gamers ultimately went with more veteran franchises.

While it still sold “okay” the less than stellar launch for the game pretty much killed any talk of more Titanfall games. In the time since we’ve instead gotten Jedi: Fallen Order and Apex Legends from Respawn, which is nothing to complain about. Even so, it would be nice to dive back into that world….

Of course this doesn’t even scratch the surface of the many great indie titles that launched this generation. Thankfully consoles like the Switch have really picked up on bringing more attention to those titles. Even so, for this list I tried to stick to the “bigger” games that still managed to fly under the radar.

What are some of your favorite games from this past generation that didn’t get the attention they deserved? 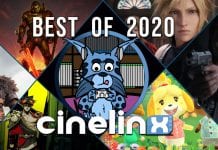