What did you think of the gameplay/combat mechanics in the Alpha?

Dustin: The game feels like an odd mix of what Modern Warfare did, and some lingering mechanics of old games. I can’t quite say exactly what I don’t like about it, but I wasn’t having as much fun as MW at all. MW slowed us down, brought us boots on the ground gameplay, and really revamped everything about COD, then Cold War seems to just push us back in the old direction. It’s not terrible for classic COD fans, but I thought we were beyond the jumping around corners, and drop prone shots…… MW felt like next generation of COD, Cold War just feels like COD. I had issues with MW feeling clunky during its beta, but this feels like the total opposite. Very floaty arcadish feel to it.

S0LEB: See but that is what’s great about Cold War Dustin. It merges new with old and pretty much makes it exactly what fans have wanted for so long! MW did take us into the Next generation of COD, yes, but Cold War just accelerates that to a new speed. By bring back some classic styles of play, this makes this the most fun Call of Duty I have played in years. COD BC actually has very good chance at being my favorite Call of Duty in years if they keep the gameplay aspect that we played in the Alpha.

How was the environment/game map?

S0LEB: The game maps are the best in a very long time. They are much more vast and open, making you feel like you’re in the middle of a real battle instead of something formulated and overdone. Though the Miami map is not my favorite, Satellite is set in the desert and was almost as impressive as a map from the Battlefield series.

The environments are very realistic, i was actually somewhat shocked at how amazing the levels looked. This only excites me for what the game will look like on PS5 later this year.

Dustin: I have to agree with the maps being beautifully crafted as it was my favorite aspect of the alpha. I felt it was rather easy to learn choke points quickly, and the blend of open style maps covered in red rocks mixed with close quarters maps filled with a lot of rooms was rather neat. Overall I loved the maps, but within 1 day of the Alpha we were suffering snipers dominating pretty much everything due to the mechanics.

I also wasn’t noticing much variation within maps though. While some maps had multiple rooms etc, it was all pretty much one dimensional. Compared to MW where battle could take place within caves or out in the open in one map. Sound effects also added very little to the environment.

How does Cold War compare to other games in the COD series, so far?

Dustin: I wrote that BO4 was the pinnacle of “classic Call of Duty,” and I still feel that way. The arcade nature of COD, the jumping around, the mechanics you expect from COD are all there. BO4 exemplifies everything COD, minus the thrilling action packed campaign. MW changed everything, went in what really felt was a whole new direction. MW gave weight to guns, grounded you again, slowed you down, and it took some learning to adapt. MW also had what is easily the best sound effects in the whole series, everything just felt polished and well done. Cold War is basically a blend of BO4 and MW, and it gets lost somewhere on the way, hopefully this is just due to being an Alpha build but it doesn’t feel nearly as polished as MW, it feels like a variation of BO4.

S0LEB: I completely disagree with this statement, Call of Duty: Black Ops Cold War is a huge set in the right direction. One thing I loved about COD BC was how much it reminds me of COD WW2. WW2 was much easier to get use to while also rewarding players for helping their team with scorestreaks points. As you achieve certain objectives, you gain more points throughout the game. In the case of Cold War, as you play, you gain points for your scorestreak but you don’t lose it when you die. You instead keep the points to help you again quicker access to your set scorestreak and I love that! It makes it much easier than previous Call of Duty titles to be a mid range player and gain access.

I will also say that this feels as good if not better than Modern Warfare. The speed and ease of use in this game makes it much more playable for moderate player and people who are just now getting in to the Call of Duty franchise.

Dustin: Following up I think this is where the disconnect is between us. WWII could have been groundbreaking if it had went in the direction MW went, instead it became a bland and easy title to play. I think WWII was the only COD where I hit prestige and just put the game away.

I also really hate the scorestreak system, it feels a lot like hand holding with no real purpose. In “normal” COD I have absolutely no issues getting my killstreaks, and getting them fast, and utilizing them in ways to help my team. Killstreaks feel rewarding overall with their pace and how some are harder to get than others. Simply being handed an attack helicopter after dying multiple times just doesn’t feel right, and it’s led to a lot of lower tier spam. It’s also forcing rewards to take longer for me, I went on multiple kill streaks and still wasn’t being rewarded in a timely fashion because matches were so lopsided every time I played. The only time I really had time to get better scorestreaks was when teams were balanced, and over multiple hours of gameplay that was maybe 3 games. All other games were over before anyone had good steaks.

What would you like to see added/changed at final release?

S0LEB: In all honesty…nothing! From my first impressions on the Alpha (which I play for around 5 hours) I really think this is one of the best COD experiences I have had since COD WW2! The gameplay is smooth and the Dev team obviously listened to fans and brought back a lot of gameplay features like better sniping, faster gameplay, better/more streamlined gameplay scores tweaks, and more!

Dustin: I disagree entirely, but I also wasn’t a fan of WWII, it was on par with Ghosts in terms of the low end side of the franchise. I feel like it’s easy to get excited for a new COD, I love the series, but this is truly an alpha. I disagree that nothing needs changed, and instead feel it has a lot of work to do. I’m having major hit detection issues, especially with people dropping to prone while shooting. The whole jumping around like kangaroos gameplay got old rather fast, and the maps need some random objects placed around to clean up the sniping. I don’t feel like it needs to be like MW, Treyarch always went their own route, but being a copy paste of old games isn’t really “next gen” at all either. I feel like what we got is literally what people complain about when it comes to COD being a boring yearly release, it needs the same level of effort as MW got in terms of everything.

S0LEB: I think this may possibly be the best looking, most face-paced Call of Duty I have ever played! Of course we have only got some much information on the Story and Zombie Mode(which I cant wait for) but so far the multiplayer has set my excitement pretty high for Call of Duty: Black Ops Cold War!

Dustin: I agree that it’s faster paced than recent titles, but I don’t agree it’s super fast. We had to live through Advanced Warfare and BO3 also. I’m glad there is no jumping mechanics again, but the gameplay is basically just making COD as a twitch shooter again. It’ll get old to me fast and I’ll find myself back on MW after I beat the campaign. 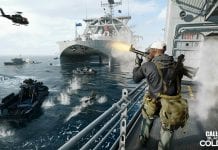 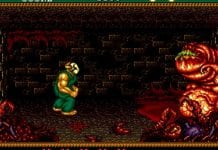