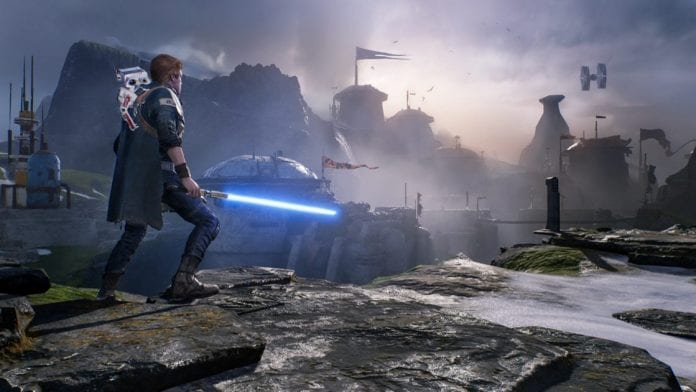 Back in 2018, our Editor-in-Chief, Star Wars Insider, and resident fandom fortune-teller Jordan Maison reported that Disney/Lucasfilm was in talks with two video game publishers about developing Star Wars games. These meetings came on the heels of yet another controversial Electronic Arts-produced Star Wars game release, Star Wars Battlefront II.

Almost three years to the date after this report, Ubisoft has just announced that they have partnered with Lucasfilm to develop an open-world Star Wars game.

We are excited to announce we are working with @LucasfilmGames to develop a brand-new, story-driven, open world Star Wars adventure! pic.twitter.com/IcwIfVs6gy

Ubisoft’s Massive Entertainment, the studio behind The Division series, will be developing the new Star Wars title. However, outside of it being open-world, not much more is known about this new game. As of now, Massive Entertainment is still recruiting for the project.

“The Star Wars galaxy is an amazing source of motivation for our teams to innovate and push the boundaries of our medium. Building new worlds, characters and stories that will become lasting parts of the Star Wars lore is an incredible opportunity for us, and we are excited to have our Ubisoft Massive studio working closely with Lucasfilm Games to create an original Star Wars adventure that is different from anything that has been done before.” said Yves Guillemot, Co-founder and CEO of Ubisoft.

With this announcement, Ubisoft will be the first publisher in nearly 8 years not named EA to develop a Star Wars title. It contradicts a 10-year exclusivity agreement Electronic Arts acquired in 2012. It’s unclear why or how this exclusivity agreement was nullified, but given all the controversy, discourse, and lack of quality Star Wars games in that time it’s easy to see why Disney and Lucasfilm decided to look elsewhere.

That said, this deal doesn’t appear to be the end of the relationship between Electronic Arts and Disney. Sean Shoptaw, Senior Vice President of Global Games and Interactive Experiences at Disney, told WIRED, “EA has been and will continue to be a very strategic and important partner for us now and going forward, but we did feel like there’s room for others.”

Today’s reveal, along with yesterday’s Bethesda-Indiana Jones announcement, demonstrates just how committed Disney/Lucasfilm are to expanding and improving upon their video game library when it comes to some of their biggest IPs.