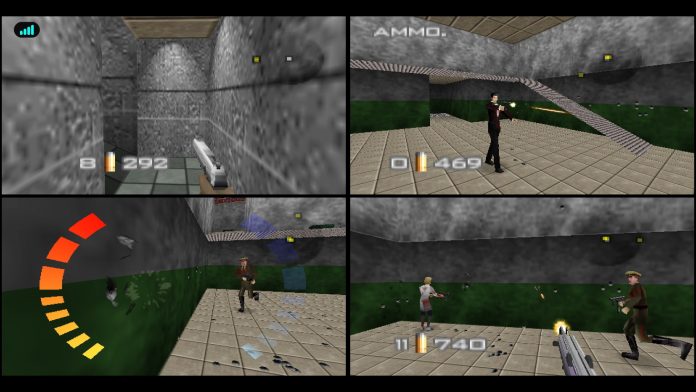 After teasing the arrival of the iconic N64 game coming to the Switch Online + Expansion Pack service last year, Nintendo has finally set a date for Goldeneye 007.

One of the most iconic, and important, games in the Nintendo 64 library is finally making a return. Announced last September, fans have been eagerly awaiting the chance to once again play Goldeneye 007 (this time with online play capabilities). This morning, Nintendo has officially announced the title will be added to the Online + Expansion Pack service on Friday, January 27th!

Enter a world of espionage as Bond in GoldenEye 007. Your covert operation to stop the GoldenEye weapon satellite spans the globe – you’ll infiltrate underground bases, charge through a military train and slink around the depths of a jungle. Along the way, M will brief you on your objectives and Q Branch will support your efforts with an array of gadgets, but the ultimate success of this mission is yours alone. Save the day, then go for the gold in spy-vs-spy action locally or online in the four-player multiplayer mode and enjoy round after round of first-person competitive action.

Will you be reliving this game on Friday?