The behind-the-scenes access of Almost Famous meets the searing revelations of #metoo in this story of a teen journalist who uncovers the scandal of the decade.

Ever since seventeen-year-old Josie Wright can remember, writing has been her identity, the thing that grounds her when everything else is a garbage fire. So when she wins a contest to write a celebrity profile for Deep Focus magazine, she’s equal parts excited and scared, but also ready. She’s got this. Soon Josie is jetting off on a multi-city tour, rubbing elbows with sparkly celebrities, frenetic handlers, stone-faced producers, and eccentric stylists. She even finds herself catching feelings for the subject of her profile, dazzling young newcomer Marius Canet.

Josie’s world is expanding so rapidly, she doesn’t know whether she’s flying or falling. But when a young actress lets her in on a terrible secret, the answer is clear: she’s in over her head. One woman’s account leads to another and another. Josie wants to expose the man responsible, but she’s reluctant to speak up, unsure if this is her story to tell. What if she lets down the women who have entrusted her with their stories? What if this ends her writing career before it even begins? There are so many reasons not to go ahead, but if Josie doesn’t step up, who will?

From the author of Full Disclosure, this is a moving testament to the #MeToo movement, and all the ways women stand up for each other.

A sort of Black teenage girl version of Ronan Farrow’s now infamous reporting into allegations of abuse by Harvey Weinstein, Off the Record by Camryn Garrett (Full Disclosure) is, as the summary states, about an eager sprouting journalist who helps facilitate the #metoo movement.

As the summary states, high school senior Josie Wright wins a competition to write a profile of soon to be megastar actor Marius Canet for a magazine called Deep Focus. She gets complete access to Marius which includes joining him on a whiz-bang promo tour where the two predictably form a bond. This book doesn’t fly out of the gate as you would expect and these early parts of the story are more meditative than anything else, setting the table for what’s to come. It’s mostly the getting to know Josie part, learning not only about her ambition, but her self-doubt, her fears, her anxieties, and her limitations. These latter characteristics are not only the product of just being a Black woman living in today’s misogynoir laden society, but personal trauma she’s encountered as well.

You see, Josie’s fat, or so she’s told from just about everybody, including loved ones. And while she handles that particular issue relatively well, she’s also crippled with anxiety, something she seeks professional help for. In a book where sexual abuse, assault, and harassment will demand most of your attention, Camyrn’s most sacrosanct words are devoted to Josie and her splendor…and she is splendorous.

Off the Record feels like a superhero origin story in a lot of ways as Josie comes to terms with her own fears and self-doubt, finding the courage to take on an ego-maniacal bad guy, setting her new life in motion. And on the strength of her conviction, steely determination, and character, Josie Wright carries this entire book on her shoulders, and because of that, there’s so much about this book that I’m willing to overlook.

Josie’s origin is part chosen one, part pure will. And whether it’s because of divine intervention, prophecy, or happenstance, Josie’s path is set by Penny and a growing list of women who have been sexually abused by Roy Lennox, a famous and powerful film director. She of course wouldn’t know it at the time, but her underappreciated skillset is exactly the type of utility belt she’ll need to take down this villain.

As things move along, Josie battles her own demons while maintaining a strong façade for the victims, convincing them that she’s the right person for the job, even if she doesn’t always believe it herself. Josie is an incredibly empathetic person, and having experienced similar trauma herself, there’s no way she can deviate from this path, because she understands how high the stakes are. And spurred on in the interest of protecting future potential victims, she’s learning that she’s a fighter, and fighter’s fight.

She’s so good you won’t mind the over-the-top fairytale ending that would normally induce some serious eye-rolling. And you almost won’t even mind how inappropriate it all is given you just spent countless pages reading about women recounting the abuse delivered upon them. Wish-fulfillment is the name of the game here and because of that you’re going to have to suspend your disbelief on certain parts of this story.

Once she’s caught up in the hunt, Josie’s personal issues tend to take a backseat to the hysteria, which is unfortunate; because the book’s strongest moments are when Josie looks quietly within herself. Fat-shaming, internalized body dysmorphia, PTSD and anxiety from her own assault; these are all things Josie is dealing with, and not always necessarily from strangers. And while these issues would normally be enough story for one book, Camryn uses them as a springboard to the book’s larger narrative. It’s powerful prose here as Josie is called upon to do right by these women, to restore their dignity, saving none for herself.

Another problem for me was that I never warmed up to Marius, and what’s worse, is that I have no real reason why, although I suspect it’s because the book spends a fair amount of time justifiably persecuting men. So, by the time we get to the end I was mostly just mad at the entire male species, even though admittedly, Camryn does paint him with a sympathetic brush with a reveal in the third act. But, Josie and Marius’s will they/won’t they relationship seems to hijack the strong message Camryn so powerfully and thoughtfully presents us, basically, the two don’t match.

This will be one of quicker novels you read this year as the passage of time is mostly a practicality. Things like this as we know, can spin out of control quickly nowadays thanks to the 24-hour news cycle and the efficient and quick way in which we communicate. So, once the scandal breaks, we go from not getting anyone to go on the record, to a New York Times article, threats of lawsuits, to full CNN coverage. That’s pretty fast for something this important, even by today’s standards, and like Josie’s own insecurities, this scandal seems to wrap up too quickly. It feels like a mad rush to get to the finish line and I’d be lying if I didn’t say the “happily ever after” vibes of the final moments felt disconnected from the previous 315 or so pages.

That’s why I’m struggling with Off the Record; it’s brilliant in so many ways and Camryn’s writing and character work are strong. When Josie is in the thick of it, interviewing victims, hearing their stories, feeling overwhelmed and overcome with grief and anger, having to come to terms with her own abuse, the book is a five-star read. And she surrounds Josie with a mostly great cast, Penny and her sister Alice in particular, but the tone changes too quickly too many times in a way that was uncomfortable for me and I just can’t get past my dislike of Marius, and the ending.

So what are we left with?

Off the Record is a good read that unfortunately suffers from either too much subject matter, or too low a page count, I can’t decide which. Camryn’s abuse narrative was very compelling, thoughtfully written with a brutal honesty, and flawless dialogue to match, so much that the other more moderate aspects of the book drown. It’s a battle between reality and make believe in a way where the “you can have it all” approach maybe doesn’t work here, although I do appreciate and welcome the optimism.

The message I will say is clear and concise and sparks a great many important conversations that a great many people are or should be having nowadays. The combination of mixed media and contemporary settings make this book feel indelicate and timely, instantly giving you a comfortability with the time and place. And despite the tough subject matter, Camryn does leave you with a sense of hope that once in a while, good things happen to good people and that the bad-guys maybe don’t always have to win.

Listen, Josie Wright is an all-timer who takes pride in who she is and the work she does. Sure, it’s hard being herself, but she doesn’t have to pretend that she’s something she’s not in order to fit in, it’s quite the opposite really. People gravitate towards her, some good, some bad, that’s the problem with being a superhero, you occasionally attract monsters and demons as well and saints and angels. That part, she doesn’t get to choose, it’s what she does with this newfound confidence that will define her, not anyone else.

I would 100% be on board for more Josie “The Avenger” Wright novels, hearing about her exploits and bathing in her awesomeness as she takes down asshole after asshole. So, regardless of how I feel about this particular novel, the world definitely needs more stories involving Josie Wright not less, and we need Camryn to write them.

The bottom line is, I fell head over heels in love with Josie, just not this book.

Camryn Garrett was born and raised in New York. In 2019, she was named one of Teen Vogue’s 21Under 21 and a Glamour College Woman of the Year. Her first novel, Full Disclosure, received rave reviews from outlets such as Entertainment Weekly, the Today Show, and The Guardian, which called a “warm, funny and thoughtfully sex-positive, an impressive debut from a writer still in her teens.” Her second novel, Off the Record, will be released May 18, 2021. Camryn is also interested in film and is a student at NYU’s Tisch School of the Arts.

Click HERE or the banner above for the complete Off the Record tour schedule! 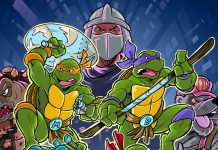 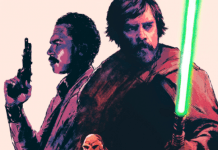