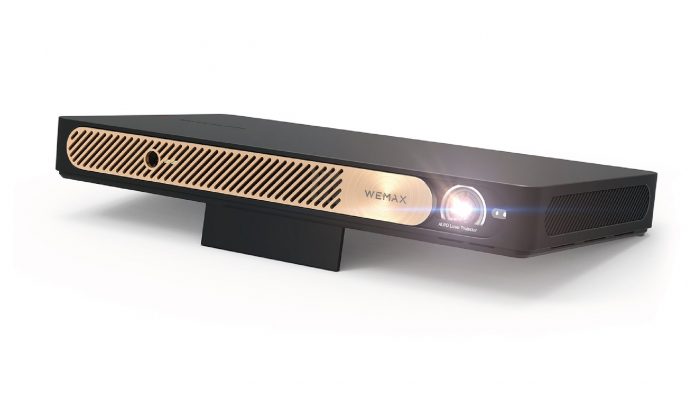 The latest portable projector model from Wemax, the Go Advanced laser projector, has a few drawbacks, but nothing detracts from the quality you’re getting.

I’ve had the good fortune to be able to check out a couple different portable projectors as of late. This time around, however, Wemax was kind enough to let me check out their latest LASER projector (a technology I haven’t had a chance to experience yet at home). Built specifically with portability and quality in mind the Wemax Go Advanced brings the goods even if there are a couple things holding it back from being the ultimate setup.

From the outset, pretty much everything about the Go Advanced, screams quality. From the fancy vellum paper greeting you from the moment you open the box, to everything being sorted/protected in deep foam pockets. It just looks “high end.” Practically, this aspect turned out to be rather important.

The review unit sent to me ended up having a really big dent/tear (for lack of a better word) on the front. Clearly it’d seen some struggles during shipping and was big enough I was worried the projector itself might be damaged. Thanks to the super secure packaging and abundance of protection inside, however, nothing was harmed. It was still shiny and smooth.

The projector itself, is pretty darn small. Being designed with portability in mind, that makes sense. Even so, I was impressed at how scaled down it it. Less than one-inch thick, only a few inches across, and weighing only 1.7 pounds this thing could actually fit into your pocket if you wanted (the charging cord not so much, but still). It even features a little built in kickstand to prop it up, though it strangely doesn’t feature any way to mount it on a tripod…more on that in a bit.

What you’ll notice right off the bat, however, is it LOOKS sleek and feels solid. Nothing about it feels cheap. Rather it feels built to last and be able to endure knocking around in a bag/briefcase, or even some accidental drops.

The setup and use is very user friendly; almost plug-in and play. While it features an internal battery that lasts about an hour and a half, you’ll still need to charge it (or keep it plugged in) via the included cord. Once it’s charge and running, simply turn it on, slide the lens cover back, and you’re pretty much ready to go!

Seriously. It’s got an HDMI port on the back so you can plug in anything you want and start going, or you can connect it to Wi-Fi in order to cast from your phone screen. For me, this was particularly cool, as so many other projectors I’ve used (or even smart TVs) don’t handle screen mirroring very well with my iPhone. In the past I’ve had to use adapters to play stuff off my phone, but the Wemax projector does it naturally and without issue. Pretty great for a non-Apple product.

If that’s not your thing, you can also download some apps via the built-in operating system. No matter what you go with to project, it’s not hard. Plus it features auto-focus/keystone (though you can manually adjust it via the settings as well), so you won’t even have to worry about dealing with that every time to you turn it on or move it around. Pretty much if you’ve ever setup any sort of smart device (TV, gaming console, etc), you’ll be just fine with the Wemax Go Advanced.

As I mentioned, I’ve not had the chance to use an at-home laser projector before and I was blown away at the result. Though it tops out at 1080P resolution, the image is ridiculously sharp and clear no matter whether you project at 40 inches or 120 inches. There’s no loss of quality the bigger you go (within the designated range); the image remains crisp and the colors continue to pop.

It’s gorgeous, and even better, that sharp quality remains even in more lighted situations. The Wemax Go Advanced puts out at about 600 ANSI lumens (which roughly translates to almost 1500 regular lumens), which is pretty damn great. When you combine that with the sharpness of the laser projection, the result is impressive

When I first fired it up, I was mostly just checking to make sure I had it connected right and such. I wasn’t really trying to check out the overall quality of the picture just yet, so I had the lights on in my room. When the image hit my bare wall, it was crystal clear.

Even in a fully lighted room, the edges of the picture were sharply defined and I was able to navigate through the settings and menus without so much as squinting or needing to lean forward to make the words more clear. So you can imagine how amazing things looked when the lights were off.

For such a tiny package, the Go Advanced also manages to produce some solid sound while playing as well. Obviously it’s not as a good as a dedicated sound setup, but I never struggled while watching a show or movie. I was able to hear everything clearly, and it fills up the room you’re in nicely. So no matter how many you’ve gathered to watch something, everyone should be able to hear just fine.

That said, it supports bluetooth and other sound options so you can utilize your own audio setup if you wish. If you’re using it for it’s portability, however, the built-in audio is more than adequate to your needs.

Generally speaking, I greatly enjoy the Wemax Go Advanced projector. In fact, it’s being used as a primary “TV” in one of the rooms in my new house. That said, there are a few issues worth noting if you’re looking to pick one up yourself.

No Mounting Ability – The Go Advanced seems so intent on its design to be the ultimate portable option, that it neglects to include the option to leave it in place. Namely, there’s no way to mount this thing on a tripod if you wanted to. While most projectors (even portable ones) include some sort of hole in the bottom to allow a tripod to be screwed in, all you have here is the little kickstand to prop it up.

This isn’t necessarily a bad thing, but can be a pain if you’re using it in a place where a level surface to the screen/wall you’re projecting on isn’t available. Once I had to get creative with a stack of books to get the screen where I wanted it.

Auto-Keystone is…Touchy – As I mentioned, the projector features auto-focus and keystone that will help you get you watching pretty quick. While the focus part of the device worked just fine, I found the auto-keystone to be a bit wonky.

That’s not to say it doesn’t work, but the results seem inconsistent. Sometimes it would shrink the image well beyond what it needed to correct an issue, while other times the parameters of the image were still out of alignment. Thankfully, the manual options to adjust the keystone work just fine.

The Operating System – Oh man…Wemax Go Advanced runs off the FengOS, which desperately wants to be something akin to an Android TV system, but falls woefully short. While the system works great for navigating the menus and adjusting options, when it comes to actually using it for apps and streaming, it falls apart.

You have to download apps via a third-party app store called Aptoide. lt’s not great. For one, there never seems to be an “official” app to use. If you search up Netflix (or Hulu, Disney+, etc) you’ll find a handful of apps to pick from, but nothing built specifically for the system. To that end, I was never really able to get ANY of the streaming apps I downloaded to work right.

If you want to use this projector for streaming purposes, you’re better off plugging a Chromecast or Firestick into the USB slot and doing it all from there. It’s a good projector, but definitely needs something plugged into it as the built-in “smart” system just doesn’t work that well.

The Wemax Go Advanced, in terms of picture quality, is absolutely stunning. Even against XGIMI’s Elfin (which seems to be the most comparable portable projector), the laser picture quality blows it out of the water. It offers an insane amount of great projection technology into such a tiny package.

It also LOOKS impressive. It’s sleek, well designed, and with enough “pizzaz” to feel like a high-end product to carry around. It’s only real failing comes from the operating system, but as long as you plug-in other devices to project onto the screen, this won’t ever be a problem.

Wemax Go Advanced is a bit pricier, coming in at around $1000 retail. That said, Wemax is ALWAYS offering some solid sales on the model, from 40-50% off at times, which puts it right in the price range of its closest competitors (XGIMI). Right now, you can pick one up for $699 both directly from Wemax or on Amazon [affiliate link].

If you’re in the market for a quality portable projector—one that looks and performs excellently while retaining a ridiculously small size—the Wemax Go Advanced should definitely be on your radar. 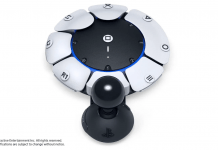 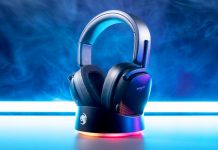 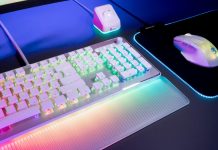