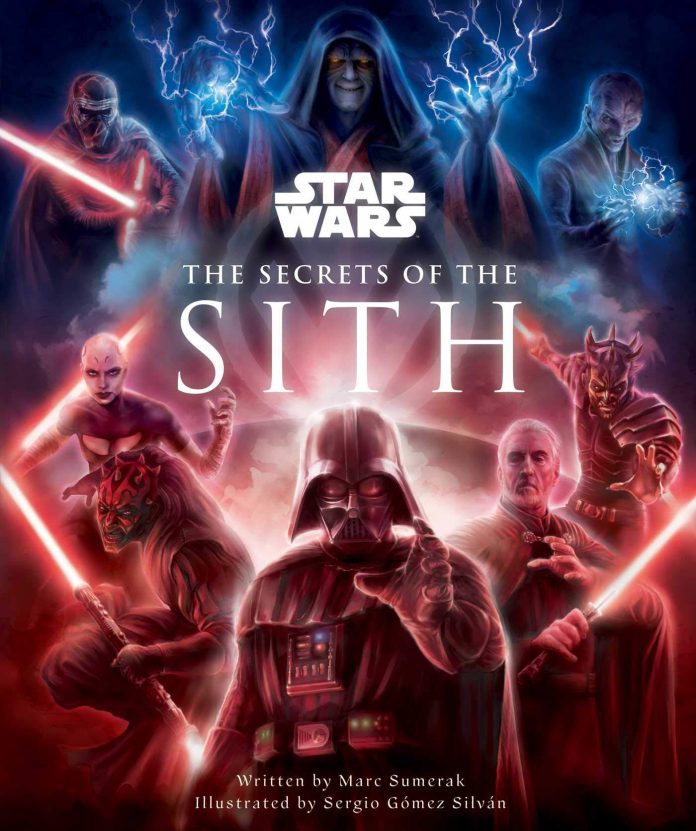 A new Star Wars book from Insight Editions takes you into the mind of Darth Sidious as he shares his “secrets” about the villainous order.

As the Holiday season approaches, we’re bringing back our Geek Pick of the Week. Each week leading up to Christmas, we’ll be highlighting a cool product we’ve found that we feel would be the perfect gift for geeks of all kinds. Use these to help fill in your own wish list or find the perfect gift for the nerds in your life.

It’s that time of year once again, which means I get to bring back the Geek Pick of the Week! To kick things off, I’m talking about Star Wars (surprise, surprise). Specifically I’m talking about Insight Editions’ Secrets of the Sith.

The book itself is a follow up to The Secrets of the Jedi which launched a couple years ago as part of the lead up to The Rise of Skywalker. Sith takes a similar approach to the previous book, which is presented as an in-universe resource. Everything is written from the perspective of Palpatine/Darth Sidious himself. Think of it as like a journal he’s writing down, detailing various aspects of the Sith from its origins to his own rise/master plan.

It’s a fun approach to the material (one that I loved for the Jedi one as well), making for a more interesting angle than a simple reference guide. You’re still getting some interesting details about the history of these factions in the galaxy far, far away, but the presentation makes it a bit more engaging.

Not only do you get details on some lesser known factions (or those only glimpse briefly in the movies/books), you get to see how Palpatine feels about them. For example, Palpatine breaks down the various people he’s used over the years in order to achieve his goals, and how they fit into those plans. Thus, even though some of the people who aren’t actually “Sith” themselves (yes they’re on the cover, don’t be a goober about it), get included and more insight. It was fun to see how Palpatine felt about characters like Asajj, Savage Opress, and even Snoke. You can sense the disdain he has for them, even as he uses them to further the goal of the Sith.

For those looking for more lore/story details, there’s plenty in here as well. We get a little bit clearer on the timeline of things as Palpatine reveals how long he’s been sending his most loyal servants out to Exogol for the Sith Eternal forces. It shows just how far reaching his plans have been, going back even well before the days of the Rebellion. Because it pulls from information given in the movies, shows, comics, books, and even games, it’s a handy way to catch-up fans who haven’t read all the ancillary material.

For the most part, it’s a kids book, so don’t expect a whole lot of details or deep diving. Even so, there’s plenty in there for fans to gobble up. On top of the information inside, the book contains a handful of inserts to check out, pop-up elements, lift-a-flap sections, and even a pull-out poster you can use to hang on your wall. Combined with its large scale size that allows the many illustrations the chance to stand out, and there’s a whole lot to love about this book.

If you’ve got a Star Wars fan on our shopping list this year, this is an easy (and affordable) choice. It brings in tons of lore, information, and images that any fan will be more than happy to dive into time and time again.

Star Wars The Secrets of the Sith is available now.