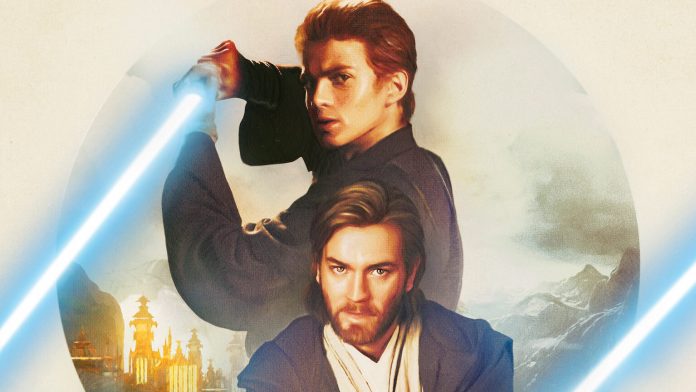 To be entirely honest, I was a little hesitant about Star Wars: Brotherhood. The three year period of time in which the Clone Wars took place feel like they’ve been pretty well covered. From seven seasons of the animated show, other books set within this era, and even comics detailing different aspects; there just didn’t seem to be room for much more. So imagine my delight when Brotherhood turned out to be among my favorite Clone Wars stories ever, including anything we got from the Legends era books.

Brotherhood brings a tale from the early days of the Clone Wars, coming just as Anakin gains his Knighthood (so no, Ahsoka isn’t in the story). It’s a crazy time as the Jedi are just figuring out their place within the war, and there’s still hope things might be resolved peacefully. Of course, Count Dooku and Palpatine/Sidious aren’t about to let that happen. Still, it’s a nice thought and a mindset that drives many of the character moments within the book.

Following a devastating terror attack on Cato Neimoidia, Obi-Wan Kenobi (newly appointed to sit on the Jedi Council) agrees to a dangerous mission to uncover the sinister forces behind the attack. The Separatists are trying to convince the Neimodians the Republic is at fault (citing long-running biases), while the Republic is adamant they had nothing to do with it.

The planet has, so far, chosen to remain neutral in the war, though its influence would certainly help either side. As such, tensions are high and both sides are eager to prove themselves free of guilt. Knowing they must approach the situation with delicacy, Obi-Wan agrees to head to the planet ALONE, having his investigation overseen by a Separatist enforcer in order to keep things “impartial.” .

Anakin meanwhile, works to adjust to his new status as Jedi Knight, juggling his secret marriage, and finding his own path through the war. Early on, he gets some valuable free time with Padmé as they find a way to “disappear” within the Coruscant underworld. For the briefest of moments, maybe not even a full weekend, they’re able to escape and live like newly weds.

Though Padmé’s overall role in the novel is short (contained to just the first few chapters), it’s one of my favorite depictions of the couple together. Here, we don’t see the strife and problems they ultimately have. Instead, we get to see them have genuine moments of joy with one another.

Even better, having just read Star Wars: Queen’s Hope, these moments in Brotherhood feel all the more precious. Their portrayals of Padmé and Anakin’s relationship complement each other in impressive ways (Mike Chen confirmed he had an early draft of Queen’s Hope when he was writing Brotherhood) that go well beyond fun overlapping connections. They manage to craft something that feels like a distinct, and real relationship, making what happens in the films all the more tragic.

After that, Anakin finds himself out on a mercy/aid mission near the frontlines where he faces his greatest challenge: younglings. On top of delivering aid to a war ravaged planet, he must also escort/entertain a group of younglings in the process. They’re too young to begin their formal Padawan training, but as the Jedi contend with their changing role in the galaxy, they feel it’s important for the kids to see the current state of things (as safely as possible).

While Anakin is doing his best to deal with kids, Obi-Wan’s mission is running into problem after problem. As things become more heated, the Jedi finds himself getting blamed for the heinous terror attack. Even as sinister forces work against him, Kenobi must find a way to resolve matters that won’t result in more innocent people getting killed, while also keeping Cato Neimoidia from joining the Separatist cause.

It’s no easy task, and calling for help is impossible without tipping the scales in the Separatist’s favor. Impossible odds have never deterred Anakin, however. Now, considering I’m trying to avoid any major story details/spoilers, I’m not going to say much more. Suffice it to say Obi-Wan and Anakin have found themselves in a pickle.

As you would imagine, the dynamic between Kenobi and Anakin is what makes up the heart of this novel. While there are big events going around, the focus are on these two iconic characters learning how their lives work without the constant presence of one another. Their relationship/dynamic has completely shifted from what it once was, but they discover a balance they were never quite able to reach before.

As much as Brotherhood is an engaging war story (with a touch of mystery thrown in), it works wonderfully as a character study. The novel captures their personalities deftly, managing to make them feel instantly familiar to fans, while still offering new layers and insights.

The novel does a phenomenal job bridging the gap between their personalities in Attack of the Clones, The Clone Wars, and of course, Revenge of the Sith. Though I can’t say I ever felt like something was missing between those stories before, I’m unable to see it any other way now. It’s the rare tie-in book that not only manages to be engaging in the new story it tells but enhances the all the material it connects to.

There are moments in the novel where I got genuinely choked up thinking about how certain scenes in the movies now feel different within the context Brotherhood provides. Hell, even just re-watching a handful of Clone Wars episodes feels like a different experience knowing the journey Anakin and Kenobi went through.

It’s never an easy job writing iconic characters, but Mike Chen makes it look easy throughout the entire novel. The writing style is fluid and pulls you along with ease. The action sequences sucked me in, bringing the riveting nature of Star Wars to the page without leaning too heavily on exposition to get it across.

The result is a fun, action-packed, character driven story I couldn’t put down. Without hyperbole, this has been my favorite characterization of Anakin so far. This isn’t the brooding, conflicted Jedi we’ve seen before. Rather, we get the compassionate, “good man” Obi-Wan Kenobi told Luke about in A New Hope.

Star Wars fans have been feeding well with novels lately, but even so Mike Chen’s Brotherhood manages to stand out. Bringing fast-paced action, brilliant characterizations, and stellar writing there’s no reason fans should skip out on this.

Not only does it give fans a great new Prequel era story, it greatly enhances the movies/shows as well. More than being a ton of fun, Brotherhood downright feels ESSENTIAL to read.