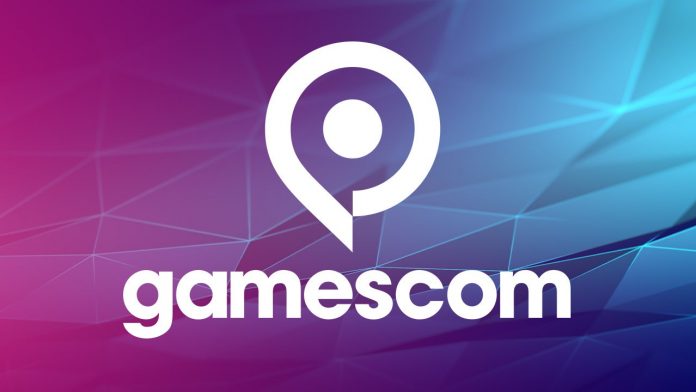 GamesCom for the gaming community is normally a slightly smaller E3 that is held on the other side of the world, Cologne, Germany. Gamescom typically has a few smaller reveals, or a couple good follow up presentations to E3, but it has been growing as of late. With the lack of in-person events and Sony skipping E3, Gamescom has become all the more important, so this year should be full of surprises.

The show kicks off tomorrow morning with Xbox and a live 2 hour preview event that will cover over 30 games being shown at GamesCom. Just like E3 we can expect several announcements and follow up presentations throughout the week. Hopefully it isn’t as disappointing as this last years E3 show. Already we have some rumors, including a few rumors involving Sony finally (and we mean finally) showing something this summer, but Xbox has also been in full force hyping us up, as well as Geoff Keighley stating he has a few surprises to reveal too.

The team here, Jordan, Matt, Caleb, and Dustin have put together a list of reveals we hope to see at GamesCom.

All of us seem to agree we need to set in stone any dates for Halo Infinite. We got some details at E3, but honestly all the rumors have made me lost on what we get and when. Supposedly parts of the multiplayer are releasing soon, the single player at some unknown date, etc… We need Microsoft to take the stage, say here is a mind blowing trailer, and at the end of it say this date is when you see this happening. If Microsoft takes this opportunity to reveal a Halo special edition console I may even be one of the few people lining up to get it.

I understand that Kojima is pretty hype about the Directors Cut of Death Stranding, but what was up with that straight up Metal Gear spin on the latest trailer? We need to know more, but more importantly this is time to shine for any potential Kojima rumors we have going on. Remember that it was GamesCom that Kojima revealed P.T. some odd years ago!

Which leads us to one of the biggest rumors on the internet. A small indie studio (supposedly) is working on a game called Abandoned. The internet has been ablaze with rumors that this is secretly Kojima working on either MGS or Silent Hill. We got a teaser released twice last week with more details to come, and several journalists stating Gamescom is where we see more. So it’s time to put this rumor to rest, what the hell is it?

Most of us believe Ubisoft will use all their time to talk about Far Cry 6 which is set to release later this year, and that’s what a majority of the team expects, but one of us (Jordan) wants to see more talk about the Prince of Persia Remake.

The interesting thing here is that there are 3 “Top Secret” showcases set around the time of Ubisoft talking about known games. Any of these games could easily be Prince of Persia, or dare I say ahem….. Beyond Good and Evil? Okay, maybe Jordan’s dreams are not as far fetched as mine.

Will Sony Make A Surprise?

There has been a rumor since before E3 this year that Sony is planning some big summer event…. And yet nothing came of it. Sony hasn’t said much beyond a live stream for the now delayed Horizon sequel, and has been rather silent this whole time. Microsoft/Xbox has been hyped about E3, is hyped again for GamesCom, and is really pummeling Sony with news as of late. We need something, anybody have medicine to wake the sleeping giant? I don’t think Sony is scheduled themselves to be at GamesCom, but they could be assisting in revealing some 3rd party titles, and then shortly announce their own event to follow up on said games. Sony is typically a 3rd party to these events, so there is hope we get something.

One of those titles could very well be Elden Ring which has hit the list from several of us as anticipated reveals. Sony is supposedly in the works to work more closely with From Software, but Elden Ring was one of the biggest and most hyped reveals of E3. It wouldn’t be too shocking if it did the same thing for Gamescom, and if we don’t see it I highly expect to see something by at least Game of the Year awards. It would be totally killer to skip Gamescom though with how many eyes turned towards the game at E3.

Honorable mentions Battlefield 2042 and Forespoken. Battlefield gets an honorable mention here because we expect to hear something about the game during this week, but I don’t believe it’ll be an “official” GamesCom thing considering EA (much like Sony) likes to do their own thing. We would like beta details and some more content updates though.

Forespoken gets an honorable mention because all of us would be extremely hyped to hear more about it, but it appears Sony is possibly holding it back for their yet un-announced summer event, which is now not even within a summer timeline. Sony obviously wants to push the game, it’s just a matter of if Square wants to venture off on their own or what?

Overall GamesCom should be rather exciting for fans, especially for those fans of smaller titles, and we should see some good updates for Saints Row, Far Cry, and a few others. It’s just a matter of hours now to see if we see any glimpses of potential blockbuster style reveals. Stick around Cinelinx as we will have full coverage all week!