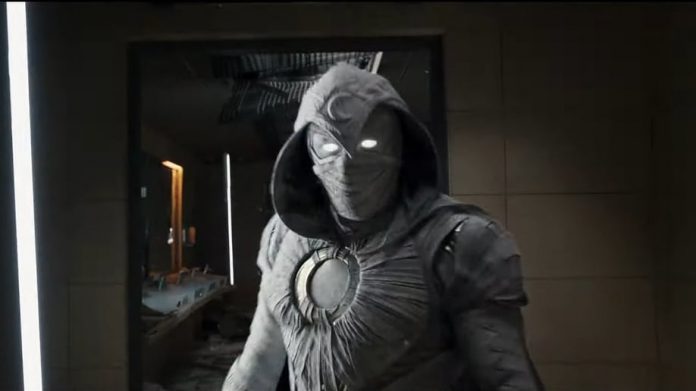 Marvel fans woke up this morning to the premiere episode of Marvel’s Moon Knight on Disney Plus, and it’s well worth the watch.

Moon Knight is the MCU’s latest project on Disney+ as Marvel Studios returns for its debut project of 2022, this time psychedelic and intense journey into one of Marvel’s most complex heroes.

As trailers have shown, the series follows Steven Grant as a mild-mannered Londoner working in a museum gift shop. The havoc wrought on his life by a supposed sleeping disorder is where this show seems to shine most and it’ll be interesting how it carries on this engagement when any pretense of this confusion is lost.

As we follow Grant through multiple periods where he wakes up in variously violent and shocking predicaments, we find ourselves equally immersed in the terrifying chaos he is living through. Isaac gives a brilliant performance, with an accent that threatens to be a goofy Oliver Twist copy but instead manages to balance him into an endearing and sympathetic character.

Hints of the supernatural give the episode a chance to briefly venture into the horror genre. Though these comprise only a few moments in today’s episode, the tension in these scenes is executed very well thanks to chilling designs, overall direction, and solid editing. Plus, there’s the constant doubt of whether what Steven sees is even there. You’re never sure quite what is real and what isn’t, and the choice to tell the story from this point of view manages to give the show a distinct feel from any MCU project before it.

Speaking of the MCU…it feels almost entirely absent in this episode. That’s not a complaint. There are some aesthetic similarities, daylight can feel somewhat artificial and a few effects are less than perfect, but in its world, there is a significant disconnect. As intrigued as everyone was about the aftermath of the Blip post-Endgame, it feels like it has mostly run its course. Practically every Phase 4 project has dealt with its consequences and now it feels time to continue the stories away from that.

Moon Knight doesn’t drop as much as a hint about the larger MCU. Except for a random Easter egg in the background (maybe), which could reference something, the show is otherwise free from it. In this way, Moon Knight feels like it’s taking the best of lessons from its comic book source material, isolated stories can still be told in shared universes. For the MCU to stay interesting it needs to be different and bold, Phase 4 has been a good display of this, and Moon Knight has shown that sentiment at its finest.

Where this show falls a bit flat are it’s visual effects. While I wouldn’t say they are “distractingly bad,” there is one action set-piece in particular where it’s hard to say if anything outside of the immediate set was real. Ultimately it did not take away from what was a pretty engaging sequence, but hopefully, the series makes some improvements in latter episodes.

Overall the series is a chaotic, dark, and yet surprisingly fun venture into a fascinating new character in the Marvel Cinematic Universe. Isaac has made himself instantly iconic in the role and has lived up to all expectations from the talented actor as he embraces the chaos of Moon Knight.