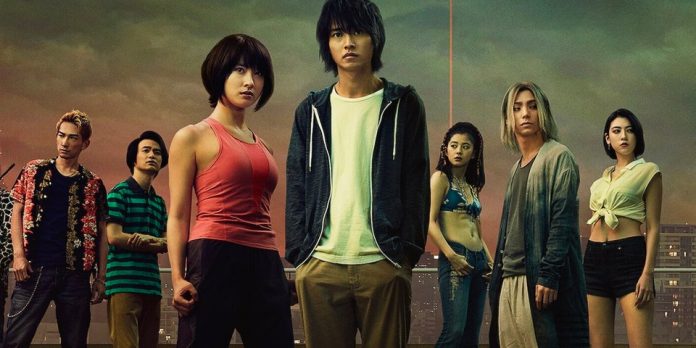 Netflix has released a new trailer and poster for the upcoming second season of Alice in Borderland.

After the first season of Alice in Borderland ended on quite the cliffhanger, fans were eager to see the story continue. Well, the wait is nearly over and Netflix has increased the hype by releasing a new trailer and poster for the second season, which is scheduled to arrive on December 22, 2022. The series is an adaptation of Haro Aso’s manga, which is very loosely based on Alice in Wonderland.

The second season trailer can be seen in the video below:

Netflix summarizes season 2 of Alice in Borderland as follows:

Arisu (Kento Yamazaki) and Usagi (Tao Tsuchiya) try to unravel the mysteries of Borderland to return to the real world. In a place they believe holds the key to uncovering these mysteries, they meet allies, enemies, and the mastermind behind all of the games. Arisu and the others pit themselves against games of a scale and difficulty that exceed the first season. The remaining games are only the Jack, Queen, and King cards, but will they be able to collect them all and return to the real world? The hugely popular series that astounded the world returns with even more thrills and excitement!

Along with this trailer came a new poster which can be seen below.

There are no extra lives here 🃏 Alice in Borderland season 2 returns on December 22. #AliceinBorderland pic.twitter.com/ijx3XBLo60

Will you be checking out season 2 of Alice in Borderland when it hits Netflix on December 22?