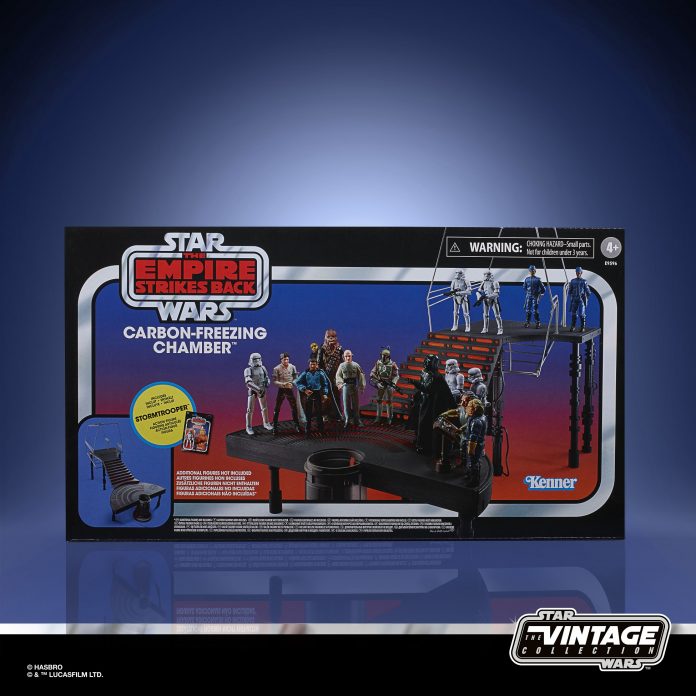 Hasbro announced the next wave of Empire Strikes Back 40th anniversary figures, along with some more TVC figures, and even a new Bop-It!

Yesterday, Hasbro announced some more upcoming Star Wars figures coming this year for fans to drool over. If you missed out on their livestream presentation we’ve got all the juicy details here for you!

First up is the third wave of The Empire Strikes Back 40th Anniversary Black Series figures. This should round out the series (on top of the previously announced exclusives) and that continue to look impressive. The only problem I have is going to be finding more space on my wall to hold the remainder! These are slated to arrive in Fall 2020.

Next up are some more of the 3.75 inch figures from The Vintage Collection.  A few fans have found a bit lacking over the past year or so, but the offerings yesterday look mighty fine! On top of getting a new Chirrut figure and a stunning looking sculpt on Bespin Leia, I’m VERY eager to get my hands on that Carbon Freezing playset. It’s a playset I’ve been wanting to see recreated for several years now and it looks pretty stunning. Even better, if you buy two ($50 each) they can be put together to create a more complete diorama. All of these are also slated to arrive in Fall 2020. Lastly is this add little addition to the growing line of The Child collectibles…a Bop It! Yes, the goal of this game is to twist, shake, and smack the adorable Baby Yoda in time with the voice commands given. Just uh…just seems a bit odd to me. Like the rest of yesterday’s reveals, you’ll be able to pick this one up in the Fall.

Which of these new toys are you looking forward to picking up most?