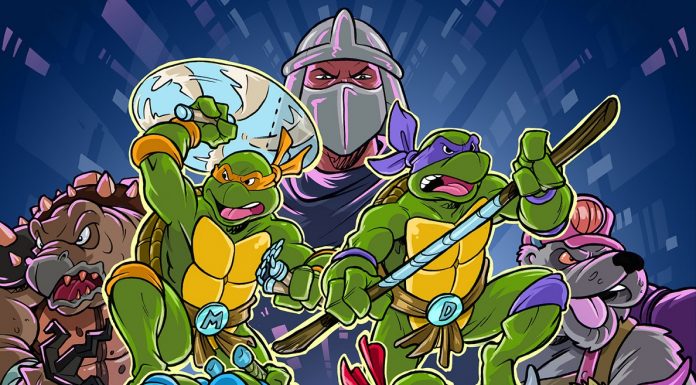 Fans of the classic TMNT 80s cartoon have more to look forward to this year, as IDW has announced, Teenage Mutant Ninja Turtles: Saturday Morning Adventures.

It’s a pretty great time to be a Ninja Turtles fan. Specifically an old-school Ninja Turtles fan who grew up with the original 80s cartoon. With the recent release of Shredder’s Revenge, and a forthcoming collection of retro games, it’s been nostalgia heaven. now, IDW wants to make it even better.

Today, they’ve announced Teenage Mutant Ninja Turtles: Saturday Morning Adventures, a new four-issue miniseries that will tell all new stories set within the world of the classic cartoon! Erik Burnham will be handling writing duties, and is joined by artist Tim Lattie.

In 1987, the world at large was introduced to the TMNT by way of a catchy theme song and action-packed animation. The cartoon’s aesthetic returns in a four-issue miniseries, featuring an all-new set of standalone stories. Whether it’s the Heroes in a Half Shell getting trapped in a VR simulator, one of General Krang’s stalwart stone soldiers abandoning their post in pursuit of hair-metal superstardom, or concepts even more awesomely absurd, Teenage Mutant Ninja Turtles: Saturday Morning Adventures is 100 percent guaranteed to thrill fans of all ages.

“I’m no stranger to writing the TMNT for IDW, but this is different,” says Burnham. “The version of the Turtles that exploded onto TV screens in 1987 was the version that I first met, and it brought me a lot of joy…and getting to play in this particular corner of the sandbox has built upon that joy! Humor, action, and plenty of high concepts were packed into each episode, and we’re following that path. I’m not sure if anyone in comics is having as much fun as Tim Lattie and I are with these done-in-one stories!”

“Growing up in the late ’80s, nothing was like the experience of discovering TMNT: playing with the toys, watching the show, or waiting in a crowd with the hopes of getting a chance to try your luck at the arcade game,” says Lattie. “It’s rare enough in life to be able to do what you love for work, but to work on something you grew up loving is hard to comprehend. What else is there to say… Go ninja, go ninja, go!”

“Toys, comics, character-laden graphic tees—my love of pop culture runs deep, and it all started with the original TMNT cartoon,” says editor Charles Beacham. “It’s an absolute thrill for all of us at IDW to bring fans back to that universe in a new, fresh way. Erik and Tim have cooked up some crazy adventures that are sure to have you on the edge of your seat, so grab a big bowl of sugar cereal and get ready for some serious Turtle Power!”