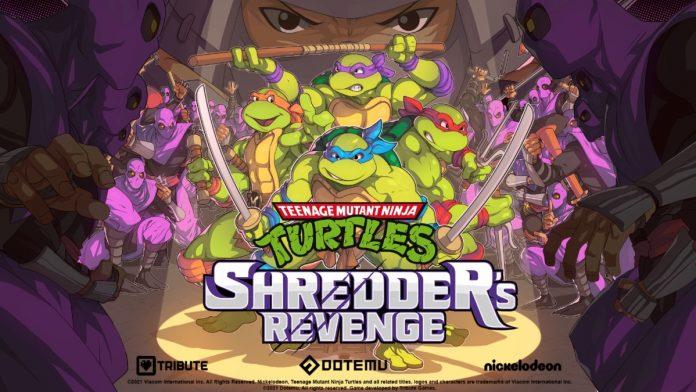 Pretty much since it’s announcement, I’ve been on board with TMNT: Shredder’s Revenge. I grew up on the 1987 TMNT cartoon show, it was the reason I got started in martial arts, and I can’t tell you the amount of time I’ve spent with friends trying to master the older beat ’em up games based on the series.

Seriously, there was a period of time where my best friend and I were DEDICATED to mastering the original TMNT Arcade Game on the original Nintendo (of course it was already a retro classic by then). As soon as school was over, we’d rush to my house and fire up the game to see how far we could get before having to go to work.

We memorized enemy patterns, crafted strategies, even to the point of starting over completely if we didn’t hit a certain goal in the game (as we knew we couldn’t make it to the end). Yeah, it was a little crazy, but it’s a time I think on fondly from my gaming days of yore.

While I didn’t put the same level of time into any of the other TMNT games, I’ve always loved them. I’ve played just about all of the games, and have lamented at how the quality of the franchise in the gaming spectrum diminished. Even as new shows/movies arrived, it seemed any video game connected to them were slapdash at best; uncaring at worst. I’d essentially given up hope of getting another great Ninja Turtles game…

Then came Dotemu and Tribute Games with the reveal of Shredder’s Revenge, and I felt hope once again in my heart. With each new trailer and announcement, I’ve felt my hype for the game increase to dangerous levels. When I finally got my hands on the game earlier this week, I quickly discovered the excitement was more than justified.

Shredder’s Revenge is more than a love-letter to classic Ninja Turtles. Not just the older arcade games, but the show as well. The story (which is entirely new) is told in the same way as those old games, utilizing simple “cutscenes” that bookend a level while also using the level itself to drive things forward. I won’t spoil anything regarding the story, but suffice it to say it feels like something pulled straight out of the old 80s cartoon.

On top of that, are the impressive visuals. I won’t belabor this point, as it’s evident in the trailers and images, but the way they’ve recreated the feel of the old-school beat ’em up games is impressive. Each character has been lovingly recreated pixel by pixel, in a style that both evokes that retro-vibe, while maintaining a modern feel.

In general, this balance between retro and modern aesthetics, is the most impressive part of Shredder’s Revenge. Everything from the story (which brings back original voice actors), to the visuals, and the gameplay mechanics manage to combine the old and new in exactly the right amounts. From the moment I fired it up and hopped into the first level, I was instantly taken back to those days with my friend, sitting on a couch and getting our asses handed to us by the multi-colored Foot soldiers.

And yet, it also managed to feel fresh. There’s a familiarity there for sure, but the smoothness of the controls and expanded combinations, made it clear I was playing a modern game. In this way, Shredder’s Revenge does something many games try, but few fail to accomplish in how it uses nostalgia.

The result is a game that manages to FEEL the way you REMEMBER classic games to be. Let me try and explain this a bit better. You know those older games you love? Ones that defined your childhood and you still remember fondly? But when you come back to it after several years, you find your memory has colored the reality of the game. More than feeling dated, the controls are difficult and the gameplay just isn’t fun.

Shredder’s Revenge, however, despite being a completely new story/game manages to give you that same nostalgic feeling along with featuring excellent controls. It’s like picking up one of your favorite games and having it play exactly the way your memory tells you it does.

It’s not exactly complicated gameplay. It’s a fairly straightforward sidescrolling fighting game. When you’re just getting started, you can pretty much button mash your way through if you want to. I wouldn’t recommend it, however. Just like those old arcade games, these enemies feel designed to “eat your quarters” and present tough challenges.

As the story progresses, new enemies force you to change up your approach and make full use of the various skills/combos at your disposal. Even better, tactics change based on which character you choose to fight with. The result are mechanics that are easy to pick up, but offer serious depth for gamers to explore.

If you played their (also incredible) Scott Pilgrim video game, then you should be instantly familiar with this style of gameplay. In fact, there are a number of similarities between the two games, which makes sense considering they’re the same genre and developer. But there are more elements I wish Shredder’s Revenge would have borrowed from Scott Pilgrim.

Don’t get me wrong here, there’s plenty to love, but the overall gameplay feels a bit more stripped down in comparison. You proceed in a somewhat RPG-esque faction as you level up the characters you’re playing with, but doesn’t feature the same depth in that area as Scott Pilgrim. There you would unlock specific skills, even upgrade them based on spending money you acquire throughout the game, but here…they just sort of happen.

Despite featuring an overworld map pulled straight out of Super Mario Bros. it doesn’t offer the freedom to roam around that’s implied. Sure, every now and then branches will pop up to speak with random side characters from the old show who will ask you to track down secrets hidden in the level, but that’s about it.

Honestly this isn’t a big gripe, and far from a deal-breaker. It’s merely a part of what seems to be the game’s only real problem: content. The whole game (consisting of 20 levels) can be completed in three-ish hours. Don’t let that scare you off, however, as the game is all about replay value.

With new combos and challenges to unlock between all seven playable characters (including one who won’t open up until the credits roll), there’s a bunch of reason to revisit level. Every character has a unique feel to them, which will dramatically change the way you approach a level, making it a fresh experience each time you dive into a level. Then you add in all the different secrets to track down, and the Arcade Mode which is essentially a challenge to see how far you can get without any continues—imagine you’ve only got one quarter to play on.

That’s not to mention the multiplayer! The game allows for six play co-op (the first for a Ninja Turtles game), so you and all your buddies can play together. This too can change up your overall tactics/approach to a level depending on how many players you’re bringing into a level.

So yeah, there is a TON of replay value built into the core gameplay of Shredder’s Revenge, and fans are going to be spending a bunch of time diving into it. Even so, it still feels a bit light in some areas. With only two modes to play through, the skimmed down RPG elements, and the shorter length it just sort of feels like something is missing.

Again, what’s presented to players is highly polished and ridiculously fun, but there’s a sense more could be done. Perhaps they’ll be adding more story/levels down the road with DLC (the map makes it easy to add content), and if they do, I’ll be there with bells on. 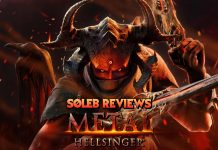 Metal Hellsinger Review: A Fast-Paced Shooter That Stole My Heart and Soul 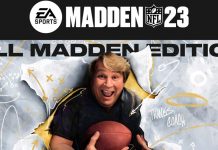