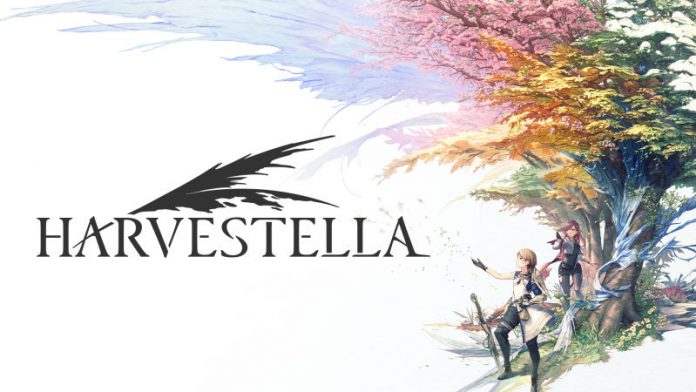 Earlier this month, Square Enix launched their take on the farming/life-sim genre with Harvestella. I have only now stopped playing long enough to tell you about it.

Generally speaking, I hate doing reviews this late after release. The more I’ve played, however, the more I decided I had to tell others about how awesome Harvestella is. Like many, I read the early initial reviews for the game, which weren’t bad by any means, but seemed middling. Even so, the game has been very much on my radar since it’s reveal and I was eager to see for myself. Square was kind enough to shoot me the game shortly after it launched and the experience has been exactly what I was hoping for.

As many of you know, this genre (more specifically the farming/dungeon crawling life-sim niche) is among my all time favorites to play. The Rune Factory franchise remains on my favorite games lists pretty consistently, while I poured more hours of my life into Stardew Valley than I’m comfortable admitting. Suffice it to say, there’s something about this genre that speaks to me.

Then comes Harvestella which combines the mechanics you already know with Square’s penchant for dramatic plotlines. The result is something that’s both familiar and refreshing.

Farm Living is the Life for Me

I want to talk about the gameplay first (for once), mostly because it’s an aspect I won’t discuss much. If you’ve played any of these kinds of games before (Harvest Moon, Story of Seasons, Rune Factory, Stardew Valley, etc), then you already know exactly how to play this game. Harvestella isn’t trying to break the mold or fix what isn’t broken in the genre.

You’ll have a plot of land to tend your crops, where you’ll have to plow, plant, water, and ultimately harvest everything. You’ll then place items you want to sell into a bin by the farm and wait for the money to roll in, so you can get MORE seeds and do it all again! When you’re not tilling the fields you spend your time exploring the town (or towns as more open up), and completing menial tasks for the villagers you encounter before heading back home for the night before doing it all again in the morning. At some point, provided you prevent the world from ending, you’ll settle down with one of the villagers you’ve been able to court.

I’m simplifying here, of course, but these are the basics of the game/genre in general. You’ll also have the option to head out to various “dungeons” where you can battle enemies and even capture creatures to come and help out on your farm. It’s a fun hybrid of mechanics and is what initially set Rune Factory apart from everyone else in the genre when it first launched.

Being Square Enix, they add a significant amount of style and flair to the action. Even though it largely remains a button mashing affair—with a bit of dodging—the style they bring makes the encounters feel fun and epic. There is some strategy involved as you bring companions, creatures, and magic attacks into the equation, as you’ll have to figure out the best approach for each enemy, but combat remains simple overall.

Again, none of this stuff is new to the genre. What Harvestella does so well, however, is make it all feel fresh and invigorating. I don’t expect deep combat mechanics from these adventures, but the game manages to feel like it has some depth to it while looking flashy at the same time.

As for the farming mechanics, I was very impressed with how intuitive it felt. In fact, the ease of the control scheme is probably the most impressive aspect of the game. Frankly, many of these games make swapping tools and digging for items feel like a chore in menu management. Rune Factory specifically seemed to struggle with the jump from handheld devices (with limited control options) onto the bigger consoles.

Harvestella strikes an impressive balance and keeps things simple. You won’t have a bunch of tools you’ll have to dig out of your inventory to use. Instead, you’re equipped with a magical device that pretty much does it all! As such, all your actions are contained within one button, and swapping out the devices uses (plow, watering can, etc) is controlled via the directional pad. It’s simple. It’s quick. And it didn’t take very long for me to get the hang of it.

Harvest the Carrots Before the World Ends

Like well…pretty much EVERY game in this genre, Harvestella finds players taking on the role of a random character who stumbles into town (literally) with almost complete amnesia. The townspeople are happy to lend a hand to get you back on your feet, which involves letting you live on a dilapidated farm while recovering. Seriously, if there was a trope for this genre of games (or so many JRPGs in general), this is one of them.

The circumstances don’t really matter as a major part of the fun/story is exploring on your own and frequently chatting with the townspeople to develop relationships and figuring out what’s going on. Where Harvestella begins setting itself apart, is in the world it’s built. You’re thrust into a fantastical world filled with all manner of monsters and a land controlled by four giant crystals called Seaslight.

Each Seaslight controls a specific season, and work in harmony with one another to allow people to live on the land. Except for the Quietus. This “season of death” comes in to kill off crops and even people are not able to survive outside their homes when it happens. The problem, however, is Quietus is getting longer and longer with each year that passes. Something is throwing off the balance and threatening the entire world in the process.

Yeah, it wouldn’t be a Square Enix game without the world being in peril and having something to do with a bunch of crystals! Despite some of the cliche nature of the JRPG storyline, I found myself completely sucked into the story. There are silly parts and predictable aspects, like with any JRPG, but something at its core kept me engaged even as it hit obvious points of “grinding.”

It struggles a little bit when it tries to take itself a bit too seriously. Early on, you’ll have to battle through a forest dungeon to find a girl who ran off and is likely in trouble. There are tons of dialog throughout reminding you the situation is dire and if you don’t do something, she could be injured. Hell, it won’t even let you explore other places on the map because she needs help immediately!

And yet, the dungeon map is so huge (kinda impressive) and filled with so many monsters, there’s no way you’ll be able to get through it in a single, in-game, day. Even if you aren’t killed by the beasts, once the clock hits midnight, you pretty much pass out and are returned to your home.

It took me about a week of in-game time to finally get to her. Don’t get me wrong, I loved this dungeon, thought it was laid out nicely, has great shortcuts you can unlock, and the XP you gain night after night is essential to taking down the final boss. It’s just hilarious that as I’m being told I need to rush to rescue this lady, I essentially had to be in bed when it got dark so I could wake up early and water my carrots…

Aside from the silliness, though, the story and characters manage to be entertaining. As more layers of the story are revealed as you progress, I found myself invested on a deeper level and excited to learn more about this strange world.

The Same, But Better

This might be shocking, but after playing the game for roughly a month, I think I’m ready to say it:

Rune Factory 5 is…fine. Don’t get me wrong, I enjoyed playing it and the depth it added to the franchise. It just didn’t feel polished, however, and was bundled with a story that was more goofy than engaging. Ultimately I found myself playing just to keep up with my fields, rather than anything going on with the characters.

To be honest, I was kind of bummed. It’s been one of my favorite franchises, but it was only “okay.” Combined with the general awfulness of its progenitor’s latest release, Harvest Moon: One World, and I’ve been worried about the genre hitting a big lull.

Harvestella managed to give me all the things I’d wanted/hoped Rune Factory 5 would. It gives players a meatier story, a more dynamic world, and familiar mechanics that feel a bit more refined. No, it’s not dramatically changing the genre and taking it to new heights. Instead, it is absolutely the best possible version of these farm/sim-life games around.