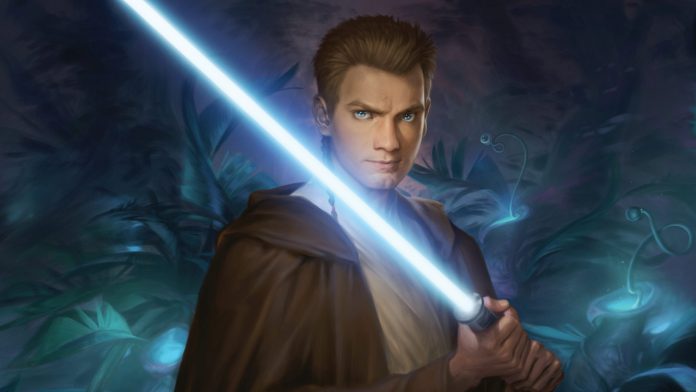 The Summer of Kenobi continues! On top of the Star Wars: Brotherhood novel giving us an excellent Clone Wars story, and of course Obi-Wan Kenobi on Disney+ blowing our socks off, the next Star Wars book (on the YA side) keeps the good times rolling. This time around, we’re going backwards, and getting a glimpse at Obi-Wan’s earlier adventures within the Jedi order.

As the title implies, Padawan, takes place several years before the events of The Phantom Menace, when Obi-Wan is still just beginning his journey with Qui-Gon Jinn as his master. As we’ve seen in other material (specifically Master and Apprentice which takes place AFTER Padawan), the two aren’t exactly matching up very well. Qui-Gon’s more lax attitude towards the Jedi council and “code” is a stark contrast to Obi-Wan’s stringent adherence to the rules.

This difference in perspective leaves Obi-Wan with a number of doubts, not just about his mentor, but about his place in the Jedi Order altogether. As his peers have gone on to various adventures with their masters, Obi-Wan has been stuck within the temple, largely feeling inadequate. As his connection to the Force seemingly begins to weaken, and whispered rumors of Qui-Gon potentially leaving the Order (and his Padawan) high and dry, Obi-Wan fears his dreams of being a Jedi Knight are out of reach.

When he stumbles upon some carvings within the Jedi Temple that lead him to a mysterious planet notated in the Temple Archives (but never investigated), Obi-Wan sees an opportunity. Not only could he use the ancient mystery as an excuse to get out of the Temple, but as a way to bring himself closer to the Master he feels so distant from. But, of course, things don’t go to plan.

As the day arrives to embark on the mission to the unknown planet, Qui-Gon is nowhere to be found. Fearing the worst, that his Master has abandoned him, Obi-Wan does the unimaginable: makes a brash decision. He heads out on his own, knowing the decision might very well cost him his home within the Temple, in order to uncover the mystery behind the planet.

What he finds is a location steeped within the Force and seemingly only inhabited by a group of teens and kids who are able to wield the Force in their own strange way. Obi-Wan’s investigation into the planet (and growing closeness with the inhabitants) confronts the young Padawan with a newfound sense of freedom and the ability to see what life outside the Jedi could be.

Before long, however, the mystery behind the planet (and the kids’ ability to use the Force) deepens into dangerous territory as it becomes clear something is terribly wrong. The Force itself seems out of balance and when another ship arrives to take advantage of the situation the planet teeters on the verge of tearing itself apart. In order to save his new found friends, and the entire planet’s ecosystem, Obi-Wan will have to find a way to reconnect himself to the Force and find the balance within.

Coming it at 400 pages, there’s obviously a lot of nuance, action, and adventure built into the story, but in the interest of keeping things spoiler free that’s as much as I’ll talk about. To be entirely honest, having read a digital copy for this review, I didn’t realize Padawan was this big!

The pacing/structure makes for a quick read. While it has some solid themes in there about discovering oneself and coming of age, none of it feels “heavy.” Instead, the story feels more like a fun adventure, breezy and packed with characters who are instantly likeable. I found myself working through it at a quick pace, even if there wasn’t really a sense of urgency…

I think that kinda sums up my overall feelings on Padawan. I certainly enjoyed it, and there’s a fun adventure being told. At the same time, however, it’s just kind of…there. Don’t get me wrong, there’s plenty to rave about: Kiersten White manages to expertly capture Obi-Wan’s perspective and tone, even though it’s at a different point in his life; the humor is on point; and there’s some solid action sequences to get the blood pumping.

There wasn’t a big driving sense of tension, however. Much as it kept me turning the pages I never felt like I was really being pulled along by the plot/mystery. I don’t know that I’m explaining it the best way, so let me make a movie analogy instead. Padawan is like a Saturday morning popcorn flick. Something you have a blast while watching but may not necessarily stay with you once it ends.

It probably sounds harsher than I intend, but where so much of the last few Star Wars releases have felt “essential” for fans to read, this one feels more like a simple fun adventure. That’s definitely not a bad thing, but depending on where you are with your reading pile, might impact when you decide to pick it up.

In general, however, Padawan still delivers the Star Wars goodness. Learning more about Obi-Wan as a “kid” is a blast, and I’m impressed with how White managed to capture his voice so effectively. I mean, you can definitely see how the Padawan in this story goes on to become the Jedi Knight/Master we all know and love.

While I breezed through it and enjoyed myself, something about it just didn’t click with me on a deeper level for me. Even so, if you love Obi-Wan Kenobi there’s really no reason to avoid this release. It’s very solid, well written, and features some fun Easter eggs. 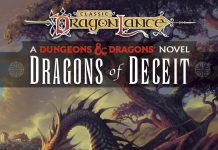 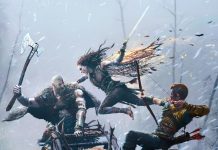